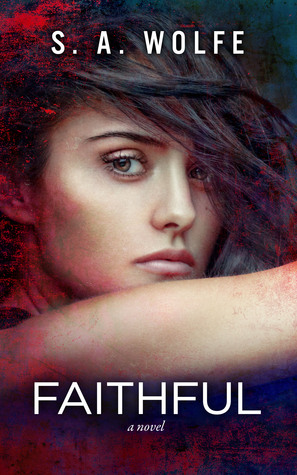 A bombshell waitress who wants more. A former FBI agent who wants less … except for her.

*This is a standalone novel in the FEARSOME Series.

Imogene Walsh has always been unapologetically confident and ruthlessly opinionated with people, particularly men. No one is spared from her unfiltered mouth, but it hasn’t seemed to deter Cooper MacKenzie. Although he is not the clean-cut businessman type she thought should pursue, Imogene is drawn to the sexy outsider who is the hottest topic in town gossip, the fantasy heartthrob women love to speculate about.

Cooper also seems to be the only man who isn’t intimidated by Imogene's brash personality, and it’s reached the point where she wants to stop playing it safe. She has spent most of her life in the little town of Hera, NY, putting her numerous forgettable relationships behind her, and floundering in both her professional and personal life. Work and men — neither have gone well for her.

It may be time to live up to her tough reputation and take a chance on both. It could also be a thrilling ride that doesn’t end well.

I’ve loved every single one of the books in S.A. Wolfe’s Fearsome series, but I have a new favorite with Faithful. Imogene and Cooper were so freaking easy to love. Imogene is strong, snarky and sarcastic. Cooper is sweet, sexy and swoony. They’re both funny and their banter is brilliant. I loved the light-hearted dynamic these between these characters.

Where the first two books in the Fearsome series had a decidedly more serious vibe, Faithful was far more playful. Now, that’s not to say there weren’t serious issues addressed during the book. But, the overall theme was far lighter (and sexier) than the other two novels.

I want to be besties with Imogene. Seriously. She’s my bookish spirit animal. She’s the best heroine I’ve read in a long time. She doesn’t have time for bullshit and isn’t afraid to speak her mind. A lot of people find this a turn off. Cooper sees through her shell and is determined to get to the woman underneath. It takes awhile, but he finally breaks through. It’s after he does that, the real magic happens. Cooper is just flat-out wonderful. He was sexy, kind and determined. He was loyal to those he cared about. He loved his family. (Hell, *I* loved his family and would love to see more of them.) He was the perfect match for Imogene, not because he tamed her, but because he gave her the space to be herself, all the while letting her know he wasn’t giving up on her. On the possibility of them.

I can’t tell you the last time I read a book where the main characters have this much chemistry – in and out of the bedroom. They gave good banter and I laughed quite a bit while reading their interactions. There were so many great moments between them, but one of my favorites came during a hike they took early on while they were getting to know each other. I think it showcased everything I loved best about these characters. And in the bedroom? Things were steamy. *fans self*

Of course these two have to go through their share of ups and downs. But, nothing ever felt too heavy or angsty to me. Now, that didn’t stop me from shedding a few tears along the way, but I’m an emotional reader and I felt connected to Imogene and Cooper.

This was a perfect addition to the Fearsome series. It can be read as a standalone, but I don’t know why you’d want to skip over two incredible books to do so. 🙂 If you’re a fan of realistic new adult romance, this series should be on your radar – and at the top of your TBR.

I, for one, can’t wait to see where Sara takes us next. She’s at the top of my auto-buy author list. I can’t get enough of her characters and their stories.

S. A. Wolfe lives with her wonderfully loud, opinionated children and awesome husband. She is a voracious reader and passionate about writing, and when those two activities don’t keep her locked away in her room, she loves hiking mountains as much as she adores all the thrills New York City has to offer.

One response to “In Review: Faithful (Fearsome #3) by S.A. Wolfe”