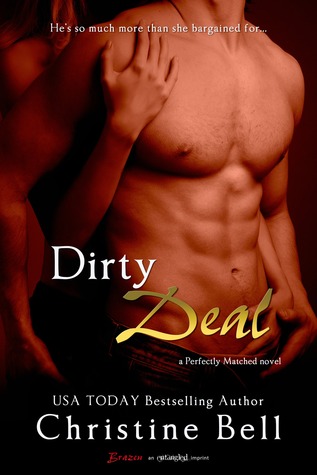 Professional matchmaker Serena Elliott spends her workdays helping clients find love. It’s the perfect gig. She gets to see the good part of the relationships...before things inevitably turn to crap. She leads her own love life the same way. Get in, and get out before things get too complicated. One date with sexy army doctor, Bryan Metcalf, won’t be enough to make her change her mind, no matter how hot it gets…

Bryan has had his share of crazy women and isn’t in the market for another relationship that ends by way of restraining order. When Serena Elliott gets into a bidding war for him at a charity bachelor auction, he’s a little worried. Turns out she’s just as anti-relationship as he is, and could be the solution to all his problems. If he can convince her to be his fake girlfriend, he just might be able to spend the rest of his leave in peace. Now if only he can stop thinking about that night on the beach…

But there are other forces at work that believe these two belong together, and they just might find out that happily ever afters do exist.

When I’m in the mood for a short and sexy read with good characters and an interesting storyline, I turn to Entangled’s Brazen line. I’ve yet to be disappointed by one of these titles. Dirty Deal begins with two commitment-phobic characters doing favors for someone close to them and ends with a perfectly hot and steamy romance. I loved pretty much every minute of it.

Serena and Bryan were both strong characters and it was easy to like them. I could respect the fact they were willing to push themselves outside of their comfort zone to help someone they loved – Bryan agreeing to be part of the bachelor auction to help his sister and Serena stepping up to claim the purchased date with him to help her friend and co-worker Grace land him as a model. The chemistry between them the first night was intense and immediate. And when they got down to business? Hot. Damn. Straight-up steamy.

Serena nor Bryan were looking for a relationship. Serena had seen too many go badly. She had a career she loved and that was enough for her. After having some bad experiences with crazy women, Bryan looks for the hookup and that’s it. All that begins to change as they start their fake relationship. There’s something undeniably strong between them. Oh, they try to resist, but it was futile.

Dirty Deal is my first ever Christine Bell novel. I definitely have a new author to look for while perusing the Brazen catalog. I enjoyed her characters and writing. After reading this book, I intend to go back and read the first book in this standalone series. I want to know Grace’s story!

Christine Bell is a romance author and also writes erotic romance as Chloe Cole. She and her handsome hubby currently reside in Pennsylvania with a four-pack of teenage boys. If she gets time off from her duties as maid, chef, chauffeur, or therapist, she can be found reading just about anything she can get her hands on, from Young Adult novels to books on poker theory. She doesn’t like root beer, clowns or bugs (except ladybugs, on account of their cute outfits), but lurrves chocolate, going to the movies, the New York Giants and playing Texas Hold ‘Em. Writing is her passion, but if she had to pick another occupation, she would be a pirate…or, like, a ninja maybe. She loves writing steamy romance stories, but also hopes to one day publish something her dad can read without wanting to dig his eyes out with a rusty spoon.