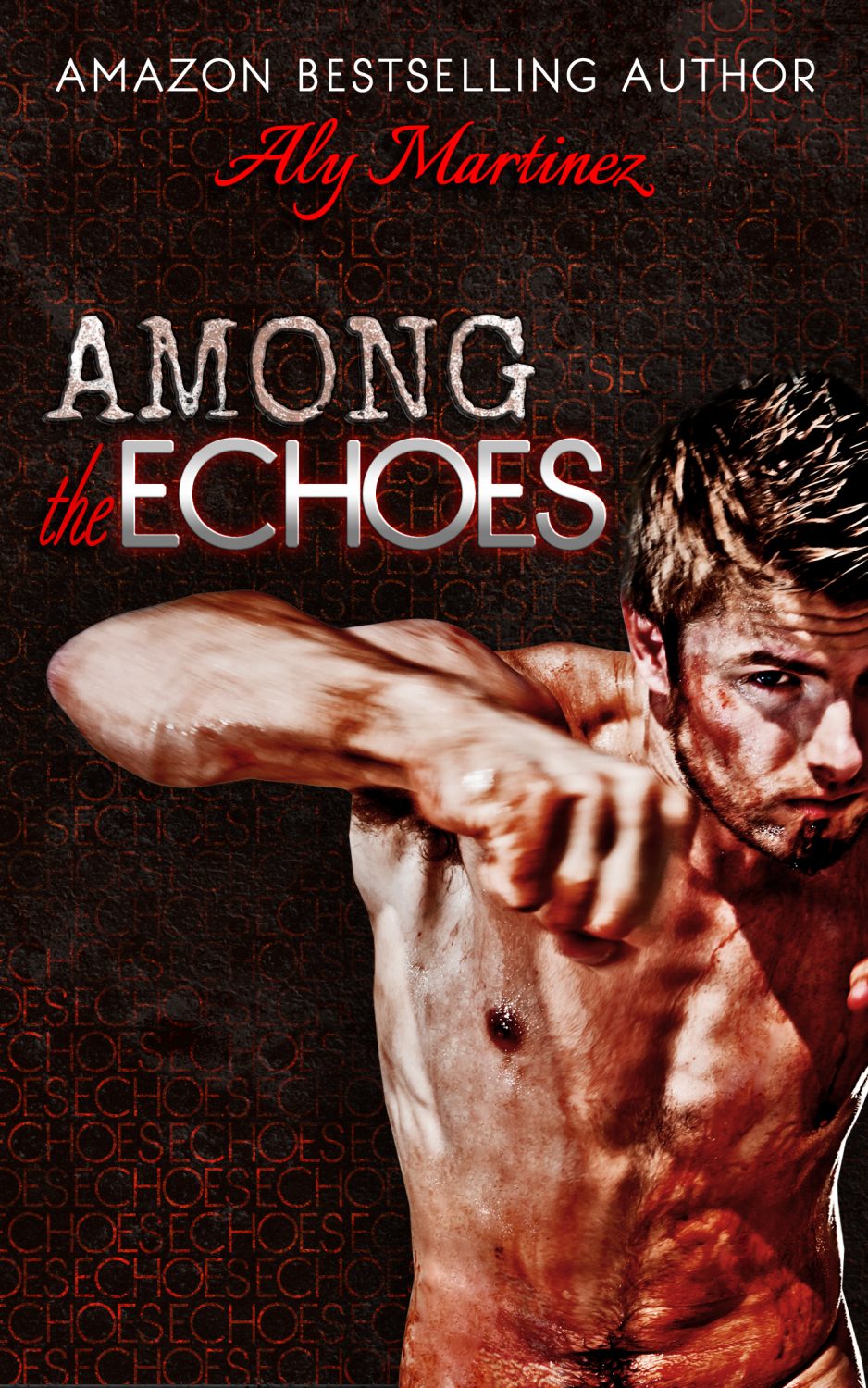 Publication date: July 31, 2014
Publisher: Self-Published
Format: eARC, 240 pages
How I got it: From the author
Add it: Goodreads
Buy it: Amazon | Barnes & Noble
My rating:

*Among The Echoes is a stand alone novel which contains material that may be offensive to some readers. Including sexual abuse, graphic language, and adult situations. Intended for readers 18+.*

My name was Dr. Erica Hill. I was a victim, then a witness, and then I ceased to exist altogether.

I may still be breathing, but stripped of my identity, I have long since stopped living. I am invisible, and my life depends on my ability to stay in the shadows.

But he sees me.

Slate Andrews is the embodiment of everything I have been taught to avoid. He’s rich and famous, and one image of him with a woman would earn millions for any paparazzi lucky enough to snap it. He has vowed to protect me with his life, yet he exposes me with his every breath. I should be stronger and walk away. I should disappear. But I’m terrified he would come after me.

I’m on the run, determined not to take him down with me but absolutely unable to let him go.

My name is Riley Peterson…at least for today.

Oh my hell, this book was fantastic. I’ve loved every one of Aly’s books so far and, believe me, Among the Echoes was no different. It was romantic suspense at its very best.

Chapter one knocked me on my ass. There’s no waiting around to get into the story with this book. Be prepared to jump in feet first from the first sentence. Do not take the author’s warning lightly. The first chapter is intense and uncomfortable and could definitely trigger problems for some readers. I’ve read quite a few dark reads and it still made me cringe. But I’m glad I kept reading because the story only improved from there.

The characters in this novel were fantastic. It’s told from the POV of both Erica/Riley and Slate/Adam. I really liked both characters. (And Leo/Dave, too!) (Note: in an effort to keep myself sane while writing this review, I’m going to refer to everyone by their real names from here on out.) Everyone in this book had something to hide, but the reader was pretty clued in from the start. (Oh, and by the way, Erica’s life was changed drastically after the night at the beginning of the book. I can’t imagine going through what she did and still remain standing, but she’s a strong woman who is dealing the best way she knows how. Of course she’s paranoid and has pulled away from all parts of life except Leo, because she has a difficult time trusting others. That begins to change when Slate moves in next door. He’s there for her in a moment of crisis and she feels safe with him. There’s also a spark between them; one she hasn’t felt in over three years. With some encouraging from Leo, she decides to give this thing with Slate a chance.

But things will never be easy with these two characters. Erica is running from her past and in hiding and Slate is a very visible man. As they begin to open up to each other and secrets long buried away start to come out, life gets complicated. There are threats from the outside and it seems as though Erica might have to go on the run again. Neither she nor Slate want that. They’re prepared to fight.

I honestly never could guess the path this book was going to take. I was taken by surprise several times over the course of this book, but never as much as in the last few lines. (No, there’s no cliffhanger… this story is very much complete.) Bow down to the awesomeness that is Aly Martinez’s mind because, holy crap y’all, things are gonna get mighty interesting.

Born and raised in Savannah, Georgia, Aly Martinez is a stay-at-home mom to four crazy kids under the age of five, including a set of twins. Currently living in Chicago, she passes what little free time she has reading anything and everything she can get her hands on, preferably with a glass of wine at her side.

After some encouragement from her friends, Aly decided to add “Author” to her ever-growing list of job titles. So grab a glass of Chardonnay, or a bottle if you’re hanging out with Aly, and join her aboard the crazy train she calls life.