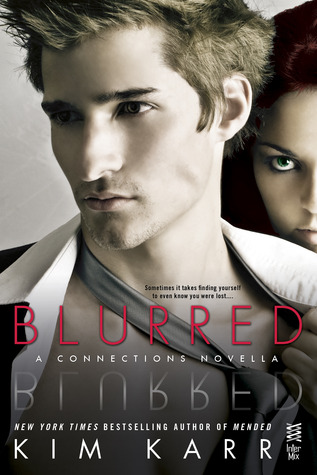 The story before the love story….

When he lost the only woman he’d ever loved, it seemed there was nothing left to live for.

Even as a boy, all Ben Covington ever wanted was to spend forever with Dahlia London, the beautiful girl next door...then one life-altering decision tore them apart and he was forced to leave her.

Now, despite having returned to win her back, he’s still alone. She’s with someone else—someone she’s never going to leave.

Resigned to a future without his former girlfriend, Ben numbs his broken heart in a haze of liquor and women. But then the only woman who ever even turned his head while he was with his girl reappears unexpectedly. And he’s never forgotten their one incredible night together. But will Ben’s destructive behavior destroy his future with her before it even begins?

Before I start this review, I have to be perfectly honest and say I am not a fan of Ben’s character. He seemed like a good guy at the beginning of Connected, but as more was revealed about the man he really was in Torn, I liked him less and less. It is going to be very difficult for his character to be redeemed in my eyes. I hoped this novella would do it, and while it did, in the end, start him down the path of redemption, I was definitely a little underwhelmed overall.

I didn’t feel like there was a whole lot of new story in Blurred. We got some journal entries and more information from Ben’s time after his “death,” but that really felt like about all. It wasn’t anything I couldn’t have really inferred on my own from the events of Torn. It definitely wasn’t a happy book. The majority of the focus is on Ben dealing with all the things that are wrong in his life since his return. It did make me a little sympathetic for him at times. The man has been through a lot and I have to feel a little bad for him, even if I think he handled everything very poorly. Even after getting a peek inside his head, I can’t excuse his actions.

As I write my review, it sounds like I disliked this book. I didn’t. Don’t get me wrong. It was good, just not great, for me. Had it been about a character I liked, it might have been a different story. But, all in all, it’s an interesting introduction to Ben and Bell’s in Frayed. Hopefully this means we’ll jump right into the story at the beginning of that book. I don’t need another look at Ben’s past. It’s unflattering and doesn’t help me like him any. If anything, it proves to do the exact opposite. Blurred was a very quick read and it did fill in some of the blanks in Ben’s story. Fans of the series will undoubtedly want to read it. I’m really done with Ben’s past, however. I’d much rather focus on his future and, hopefully, his redemption.