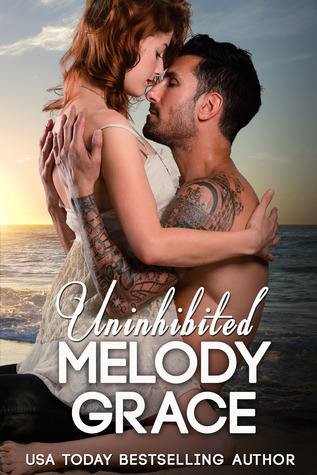 He’ll teach her a pleasure beyond her wildest dreams…

Alicia Wright isn’t the kind of girl to make out with a stranger in a dark alley. She’s spent years playing it safe, pining after the perfect man – who’s about to marry someone else. She doesn’t know how to move on, until a sexy stranger turns her world upside down with a wickedly tempting proposition.

She’ll rescue him from the edge of oblivion.

Rock star Dex Callahan swore his days of fame and debauchery were behind him, but the spotlight keeps calling his name. Determined not to fall into his old life, he goes looking for distraction -- and finds an intoxicating red-head with a mouth made for sin. One kiss could never be enough, so Dex offers her a deal: spend one week with him, and she’ll forget her old flame ever existed.

Together, they’ll ignite a passion that will change them forever…

No rules. No limits. As the whirlwind week of pleasure unfolds, Alicia discovers a desire she never knew existed – and the tortured heart Dex hides behind his charming smile. But can old loves so easily be replaced? And when the week is over, will their bond be strong enough to weather the storm?

Melody Grace returns with her sexiest book yet!

Uninhibited takes place a few months after Dex and Alicia meet in Unrequited. If you’ve read it, or read my review, you know Dex and Alicia meet one night and have chemistry from the very start. (Sizzling HOT chemistry.) She’s trying to get over her crush on her friend and he’s trying to forget… something. They hook up and he propositions her to spend a week with him with no inhibitions. Just passion. She hasn’t taken him up on it when we begin this book, but it doesn’t take long before she changes her mind.

I’ve missed enough time wishing for something. I need to make my life real. To experience something, and jolt myself out of this lonely daze.

After finding out Hunter and Brit are engaged, Alicia decides to take Dex up on his offer for a week of passion. And oh boy! Do they find it. They also find something a little more real than just sexual chemistry (which they have plenty of!). There’s definitely a spark of something between them, but they’re both holding back, but for different reasons. We know Alicia’s secret–her unrequited feelings for her close friend. It takes some time to learn what Dex is trying to escape, however. There’s no doubt there’s some pain in his past and I hated learning how much guilt he was carrying around. Dex and Alicia were great together. He awakened the passion in her and showed her what it’s really like to matter to someone and she helped him come to terms with what happened and realize he does deserve love and all the other good things. It’s a bumpy road for the two of them, but the bumps and bruises just made it more realistic.

“When I’m with you, there’s no room for anything else. You’re all I can think about.”

“Reckless is one thing,” she adds. “But if you can find a man who makes you feel safe too… Well, that’s real magic.”

I loved both Alicia and Dex. Alicia was relatable. Who hasn’t had an unrequited crush on a close friend at one time or another? It hurts and it sucks and it’s difficult to move past without running the risk of damaging the friendship. Dex was an enigma, but since readers get chapters from his POV, we actually knew more of what was going on in his head than Alicia did. Rock star or not, he was a genuinely good guy who just got caught up in a whirlwind lifestyle. He made some mistakes and people got hurt, but he also carried far more guilt around than he should. As far as secondary characters go, I also enjoyed Dex’s sister Tegan. I look forward to hopefully learning more about her in future books.

I’ve still not gone back to read the books I missed in the Beachwood Bay series, but it didn’t impact reading this book all that much. Sure, I was a little lost on the history between Hunter, Brit and Alicia, but I could infer enough to get through the story. It’s safe to say this book can stand on its own. (I do have every intention of going back to read the other books, though… you know, when time allows.)

Melody Grace is rapidly on her way to becoming one of my auto-buy authors. Uninhibited (am I the only person who has an impossibly tough time typing this title?!) is a solid 4.5-5 star book. It’s sexy, swoony and there’s more than just romance to it.

Some things, you can’t plan for.
Some people, you know before you even meet.
Some loves are forever.

Melody Grace is the New York Times bestselling author of the Beachwood Bay series. A small-town girl turned SoCal beach lover, after spending her life with her nose in a book, she decided it was time she wrote one herself. She loves steamy romance novels, happily-ever-afters, and lusting after fictional menfolk. She lives in LA with her two kittens, Bucky Barnes and Steve Rogers.