No matter how many boys Claire kisses, she can’t seem to find a decent boyfriend. Someone who wouldn’t rather date her gorgeous best friend, Megan. Someone who won’t freak out when he learns about the tragedy her family still hasn’t recovered from. Someone whose kisses can carry her away from her backwoods town for one fleeting moment.

But Megan is falling for Luke, too, and if there’s one thing Claire knows for sure, it’s that Megan’s pretty much irresistible.

With true love and best friendship on the line, Claire suddenly has everything to lose. And what she learns—about her crush, her friends, and most of all herself—makes the choices even harder.

In her moving debut, Rachael Allen brilliantly captures the complexities of friendship, the struggles of self-discovery, and the difficulties of trying to find love in high school. Fans of Sarah Ockler, Susane Colasanti, and Stephanie Perkins will fall head over heels for this addictive, heartfelt, and often hilarious modern love story.

I had high hopes for this book. It sounded like it would be a fun and light YA contemporary, perfect for summer. I liked it all in all, but I definitely had some issues with it. My actual rating is probably closer to a 2.5, but I rounded up because I enjoyed it more than I would a two-star read.

The story starts out great. I liked Claire at the beginning. She was a bit of a tomboy and more than a little boy-crazy. I could relate. She reminded me a bit of myself when I was younger. (Not that I’m NOT boy-crazy now, I’m just a little better at hiding it… or at least not acting on it.) I loved the flashbacks to her first few kisses interspersed between chapters in the present. I thought it was a cute way to tell the story of the boys, while also explaining more about Claire and her (ahem) friends. After awhile, however, the present began to really annoy me and I started to lose interest in the book. By that point, I was invested enough to want to see how it ended, but my heart wasn’t in it anymore.

The biggest problem I had with this book was the so-called friendship between Claire and Queen Bee Meghan, and by extension, the other two girls in their foursome. I never got the whole frenemies thing. There’s enough out there that tears girls down. You don’t need “friends” to add to it. I never quite believed the friendship between these characters, especially Claire and Meghan, because I have no tolerance for bad girlfriend behavior. There’s a lot of it in books, particularly YA books, and it’s one of my trigger points. Claire and Meghan claimed to be close, yet they were forever stealing each other’s boyfriend or crush and just behaving in a generally sketchy way. The other two girls weren’t much better. Neither had much of a backbone and were generally annoying. Claire and Meghan did have some good friendship moments, but their behavior during the other times made it hard for me to buy.

The boys in this book were pretty far from swoony. Luke had some swoonish tendencies, but disappointed me greatly in the end, just like the majority of the rest of the guys did. I loved Sam and DID appreciate the friendship he and Claire shared. It was something real. I wish there had been more focus on it.

I will say that Claire did mature a bit by the end of the book, but the way it all ended left me very unsatisfied. I thought I had figured out the story and would have been happy with the outcome, but in the end, it was a bit of a letdown. There was definitely potential, but it didn’t live up to it for me.

All this isn’t to say you shouldn’t give it a shot for yourself. I think I was so distracted by the bad girlfriend behavior that I couldn’t look past that to enjoy the rest of the book. I also may be just a week bit too old for this one. A younger audience might relate to it and enjoy it more. 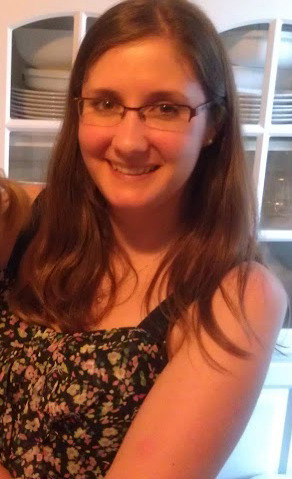 I'm a mad scientist, a mommy to one toddler and two sled dogs, and a YA writer represented by Susan Hawk of The Bent Agency. ! I love hugs, brains, football, reading books meant for teenagers, and most of all my friends and family.

2 responses to “In Review: 17 First Kisses by Rachael Allen”