Sometimes when perfect falls apart, a little trouble fixes everything . . .

Twenty-one-year-old Kayla Turner has lost everything. After spending most of her life taking care of her ailing mother, she just wants to spot a glimmer of light at the end of the tunnel. So when her late father-a man she barely knew-leaves her an inheritance, she finally breathes a sigh of relief . . . until she learns the inheritance comes with strings. Strings in the form of handsome playboy Daren Ackwood, her father’s protégé. To see any of her inheritance, she’s forced to team up with him. From his expensive car to those sexy dimples, Kayla’s seen his type before. But Daren isn’t who he seems to be . . .

Struggling to make amends for his family’s mistakes, Daren has a life more Oliver Twist than Richie Rich these days. He’s beyond grateful that James Turner included him in his will, but working with Turner’s princess of a daughter to fulfill his cryptic last wish is making Daren wonder if being broke is really so bad. Still, she’s just as beautiful as she is stubborn, and the more time he spends with Kayla, the less it feels right being without her. Soon Daren and Kayla begin to wonder if maybe the best gift Kayla’s dad could have left them . . . was each other. 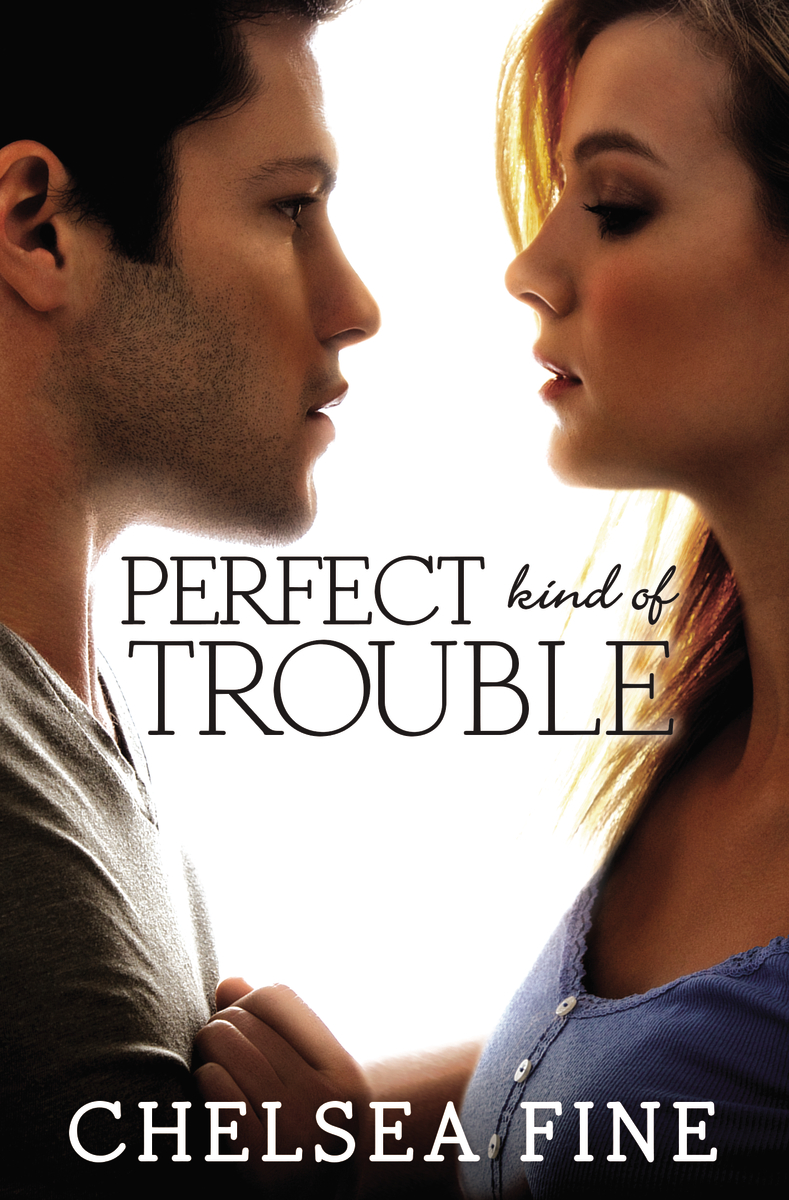 This book. OMG this book. Ok, I really enjoyed Best Kind of Broken, the first book in Chelsea’s standalone Finding Fate series. But Perfect Kind of Trouble? Ahhhhh-mazing. Seriously. I wouldn’t change a thing if I could. It is absolutely perfect as-is.

Handcuffs and scavenger hunts and serious chemistry, oh my! There are so many things I loved about this, I’m not even sure where to start, so to avoid a total gush-fest, I’m going to keep it pretty short and sweet. I don’t want to ruin a moment of this story for you. This book truly has it all. Yes, there are funny and sexy moments, but there’s also a really moving story for both characters… and a whole bunch of feels.

Kayla and Darren were fantastic characters on their own, but when they were together? I have no words. They had a ton of chemistry and I loved their banter. They were so well-matched. Both were stubborn and thought they had figured the other out, but there was a lot more to both of them than met the eye. There’s no insta-love between them, if anything they spend the book overcoming their initial impressions and misunderstanding of the other. Both Kayla and Darren grew tremendously during the course of this book. In addition to finding out truths about each other, they learned about themselves and that the history they thought they knew wasn’t as simple as they might have thought.

None of this growth would have been possible had it not been for Kayla’s dad and the instructions he left in his will. Not only was it unique, but it was unifying and it fit so perfectly with the past. I get chills thinking about just how perfect it was. Admittedly, I was a little skeptical when the plan was revealed in his will, but I was ridiculous to ever doubt Chelsea.

I’m so hopelessly hooked on this series. I love that it’s centered around one small town and the same characters, so my beloved Pixie and Levi popped up in this story. I’m looking forward to the third book, Right Kind of Wrong, both for the new characters and the update on the couples I loved so much in the first two books.

3 responses to “In Review: Perfect Kind of Trouble (Finding Fate #2) by Chelsea Fine”