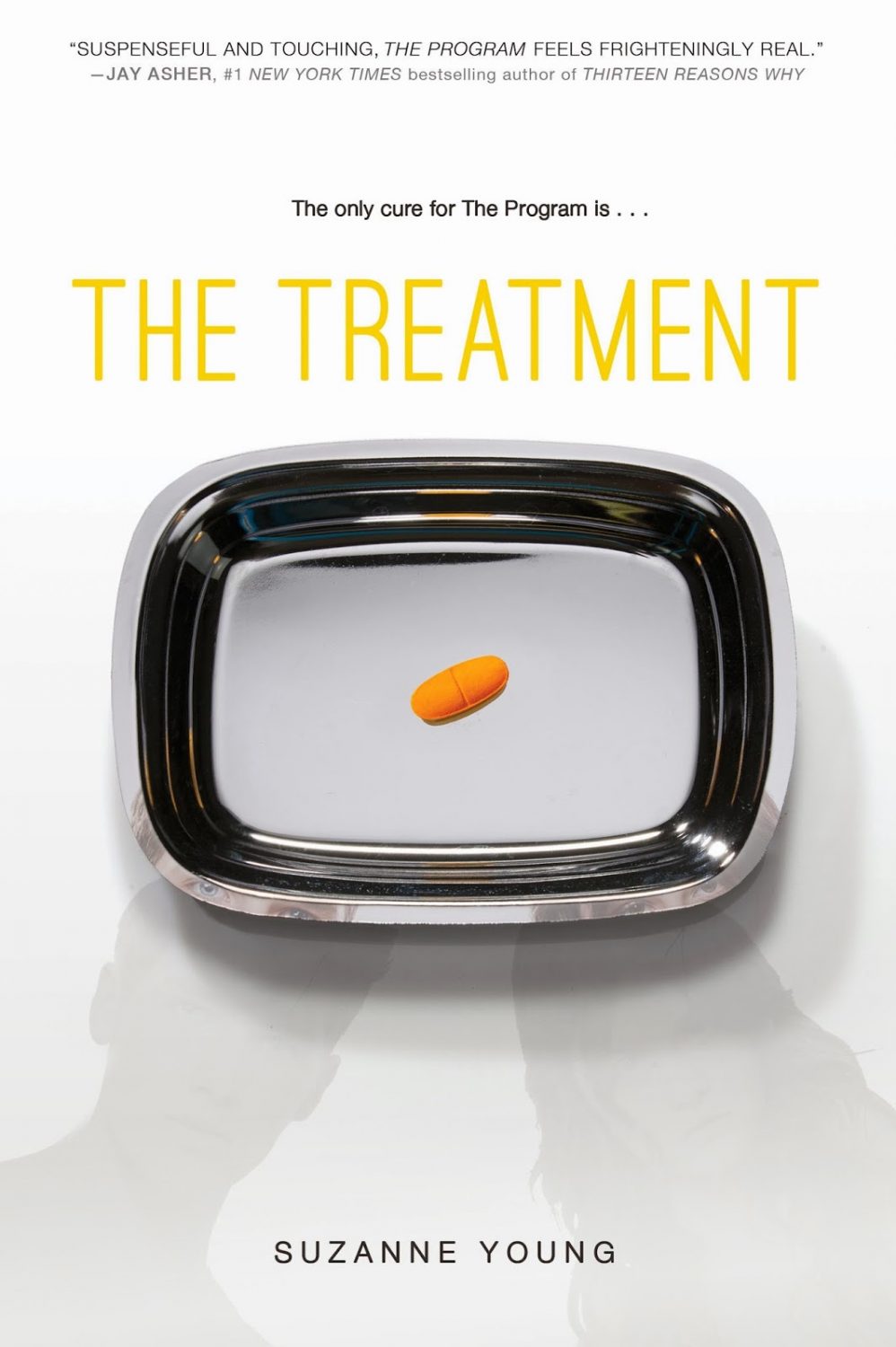 Can Sloane and James survive the lies and secrets surrounding them, or will The Program claim them in the end? Find out in this sequel to The Program, which Publishers Weekly called “chilling and suspenseful.”

How do you stop an epidemic?

Sloane and James are on the run after barely surviving the suicide epidemic and The Program. But they’re not out of danger. Huge pieces of their memories are still missing, and although Sloane and James have found their way back to each other, The Program isn’t ready to let them go.

Escaping with a group of troubled rebels, Sloane and James will have to figure out who they can trust, and how to take down The Program. But for as far as they’ve come, there’s still a lot Sloane and James can’t remember. The key to unlocking their past lies with the Treatment—a pill that can bring back forgotten memories, but at a high cost. And there’s only one dose.

Ultimately when the stakes are at their highest, can Sloane and James survive the many lies and secrets surrounding them, or will The Program claim them in the end?

I swear, I was waiting on the second book in this series from the very second I put down the first one. If you’ve read my review for The Program, you’ll know I did a reread of it before tackling my ARC of The Treatment. You’ll also know it affected me far more the second time around than it did the first. The Treatment was a fantastic conclusion to this duology. It completed the story well, but left it just open enough that there could easily be a third book. (And I would fully support it, even though I found myself very content at the end of this book.)

It’s been awhile since I finished this book. I’ve just put my review off for far too long. It’s difficult to review the final book in a series and give enough information to make the review valuable without giving away too much plot. So I’m going to tread carefully here and just say The Treatment had far more action than The Program did. It didn’t have *quite* as many feels for me as the first, but I was so happy to see James and Sloane back together that it didn’t even matter. They were such a fantastic couple, and while they didn’t remember all the details of the love they had, it didn’t make what they remembered any less powerful to me. I thoroughly enjoyed watching them slowly put the pieces back together, all while fighting against the program. The Treatment also introduced two new main characters into the series – Cas and Dallas. It took me awhile to like and trust them, but they definitely added more depth complexity to the story.

I thoroughly enjoyed this book. I felt that it was a satisfying end to this duology. I’d love to have more of Sloane and James’ story (as well as Cas and Dallas) but that’s not because the story felt incomplete. It’s because I’m greedy and not really ready to give these characters up. I do plan to do an audiobook reread of this one because I loved The Program so much in that format. The narrator, Joy Omanski, was fantastic and I want to see what she brings to The Treatment.

Suzanne Young is the New York Times bestselling author of The Program series. Originally from Utica, New York, Suzanne moved to Arizona to pursue her dream of not freezing to death. She is a novelist and an English teacher, but not always in that order.

3 responses to “In Review: The Treatment (The Program #2) by Suzanne Young”