Alyssa Boyd had big plans. Big plans that included getting the hell out of the little town she’d grown up in with her two best friends. When she decided it was time to let one of them know her true feelings for him; a change of plans resulted in a tragic turn of events. Now, Alyssa is left alone to find her way out of the darkness that an untimely death has left in its wake.

Jesse Vaughn was never good at letting people in. He’d learned a long time ago that it’s easier that way because people leave, or, unfortunately, die. The one person he wanted to let in doesn’t want him anymore. The only problem is he can’t stop thinking about her. Jesse returns to the childhood home he left behind with one goal in mind… to convince her that they should be together.

When Jesse finds Alyssa she’s not the same girl he left behind. She’s wild, reckless and hell-bent on not giving Jesse a second chance. Lucky for Jesse, his stubborn streak has always been a mile-wide and he’s not about to give up on her.

When your life has been shattered can you really pick up all the pieces and move on? 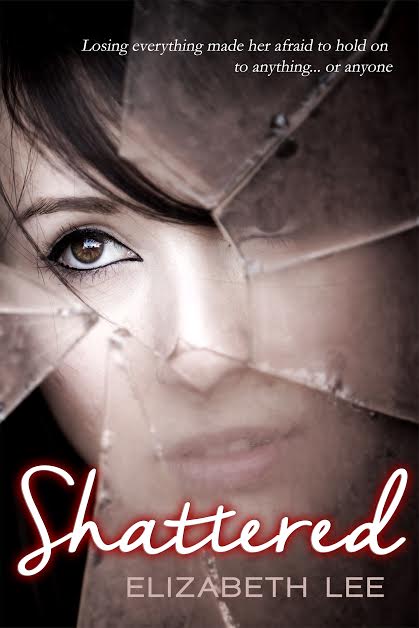 Big, fuzzy hearts over this one! I’ve fallen in love with Elizabeth’s later works, but never read her debut novel. I’m so sorry I missed it until now, but I’m thrilled I finally read it thanks to the rerelease.

I was really afraid this was going to be a sad and depressing book, given the subject matter. One girl can only deal with so much loss and Alyssa had more than her share. While the book had it’s sad moments, the overall tone was far more bittersweet and hopeful than depressing. Garrett is already gone when the book starts, but we learn more about him and the dynamic between these three friends through a series of flashbacks. Sometimes flashbacks in books work, other times they really don’t. The flashbacks in this book were definitely the former. They added beautifully to the story and this book wouldn’t have been the same without them.

There was just so much to love about the characters in this book. Alyssa is the type of strong and stubborn country girl I’d totally be friends with. Jesse was part alpha male, part vulnerable guy and all sexy as hell. I can’t fault Alyssa for being heartbroken that he deserted her, but once I found out the story behind his leaving after Garrett’s death, I wanted to yell and punch things… and then give him a great big hug. All the feelings and hurt she had been going through? He’d been dealing with the same, but he thought he lost her, too. Alyssa and Jesse were magical together. I loved watching them rebuild and grow in this gorgeous second chance story.

Shattered took me through all the emotions. It was beautifully-written, as I’ve come to expect from Elizabeth’s books. The words were just so perfect. Those words led to some pretty strong feels, too. It wasn’t like I was reading Alyssa and Jesse’s story, it was like I was experiencing it all right there with them – the good, the bad and everything in between. I definitely needed a couple tissues to get through this one. I’m just sorry I put off reading it for as long as I did.