When Morgan's mom gets sick, it's hard not to panic. Without her mother, she would have no one—until she finds out the dad who walked out on her as a baby isn't as far away as she thought... Adam is a stuck-up, uptight jerk #thingsIthoughtweretrue

Now that they have a summer job together, Morgan's getting to know the real Adam, and he's actually pretty sweet...in a nerdy-hot kind of way. He even offers to go with her to find her dad. Road trip, anyone?

5000 Twitter followers are all the friends I need #thingsIthoughtweretrue

With Adam in the back seat, a hyper chatterbox named Amy behind the wheel, and plenty of Cheetos to fuel their trip, Morgan feels ready for anything. She's not expecting a flat tire, a missed ferry, a fake girlfriend...and that these two people she barely knew before the summer started will become the people she can't imagine living without.

#16thingsIthoughtweretrue really surprised me. I thought it would be lighter, fluffier. Don’t get me wrong. It had its moments of fun and fluff. But there was a lot more to it than that. It was one of the better young adult contemporaries that I’ve read in recent memory. I’m struggling with how to write this review without giving things away, so it might be a little vague.

Morgan’s life is spinning out of control. Her so-called friend posted a video of her dancing in boy’s underwear online, her mom has a heart condition and needs surgery (and doesn’t think she’ll live through said surgery) and she’s just finally found out the identity of her father. The only place things are going well is on Twitter, where she’s rapidly approaching 5,000 “friends.” She spends more time talking with them than she does people in real life, which isn’t entirely surprising given how the people in her life have been letting her down lately. She makes a couple friends at her summer job (amusement park!) and they decide to go on a road trip to find her father.

I love a good road trip book. There’s just something about putting characters in a situation like that which allows them to bond and forge new relationships, or strengthen existing ones. I’ve always loved taking road trips, too. They’re fun. Sure, sometimes there’s drama… but they’re still fun. The road trip Morgan, Adam and Amy go on is no exception. It has its share of fun and laughter and there’s no doubt these three characters are closer when they returned home than when they left. There are surprising revelations and not-so-surprising romance.

There was just so much good about this book. The characters are just the beginning of it. Despite the obvious age difference between me and Morgan, I could see some of myself in her. Twitter is my preferred social media outlet and I have a lot of friends on there as well. Not nearly 5,000 and the majority of the ones I interact with regularly, I’ve actually met in real life. But Twitter is uncensored Kim. I have too many friends on Facebook that are work connections, so I try to reign things in there. I definitely don’t reign it in on Twitter… something you’ll know if you follow me, particularly during football games. 😉 But, I digress. Morgan was a great and believable character. Adam was absolutely adorable and I pretty much loved him from the start. Amy? Every girl should have a friend like Amy – one who is honest almost to a fault, awkward and real. She was a gem of a character.

I loved the storyline. I thought it flowed well and I couldn’t put it down until I finished. I had to know what happened with these characters. There was a great focus on family, friendship and romance. There were some things that were predictable, but that didn’t bother me. There were also things that I didn’t see coming a mile away. I don’t want to run the risk of spoiling anything for anyone who hasn’t read it, but I have to say the ending of this book pretty much completely gutted me. I didn’t expect it at all.

#16thingsIthoughtweretrue was a great and enjoyable young adult contemporary story. It was a great introduction to Janet Gurtler’s writing and I will definitely check out more of her work in the future. I laughed and smiled and shed a few tears over the course of this book. I thought the overall message about friendship, social media and what truly defines us was great. Its one I think will resonate well with both high school age readers and those who are a little older but still enjoy YA lit. 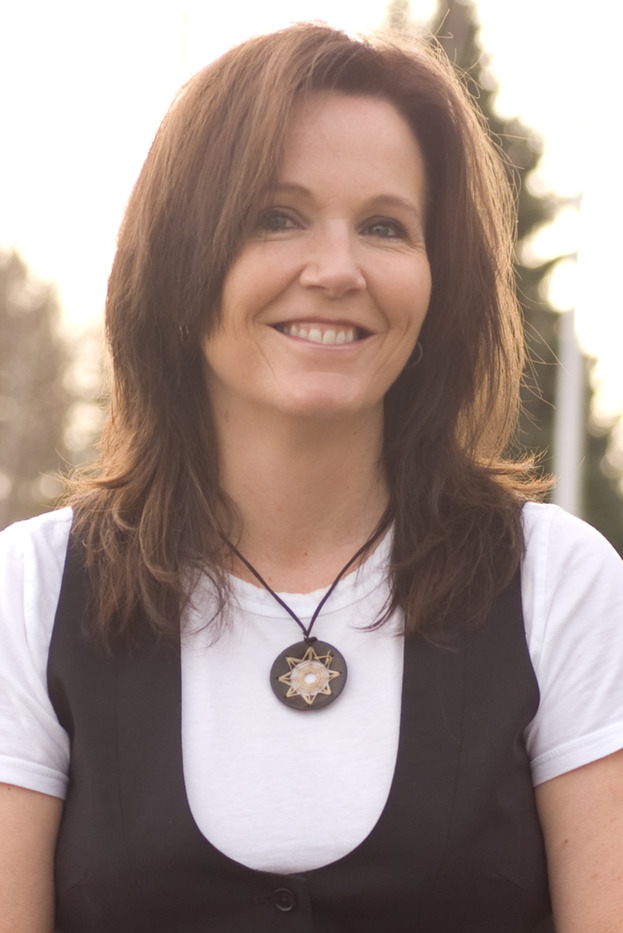 A Rita Award Finalist and Crystal Kite Award Finalist, Janet Gurtler's young adult books have been chosen for the JUNIOR LIBRARY GUILD SELECTION and as BEST BOOKS FOR TEENS from the Canadian Children's Book Center.

Janet lives in Okotoks Alberta, Canada with her husband, son, and a chubby black Chihuahua named Bruce. She is addicted to chocolate and the internet.