Despite what her name might suggest, Heart has zero interest in complicated romance. So when her brilliant plan to go to prom with a group of friends is disrupted by two surprise invites, Heart knows there's only one drama-free solution: flip a coin.

Heads: The jock. He might spend all night staring at his ex or throw up in the limo, but how bad can her brother's best friend really be?

Tails: The theater geek...with a secret. What could be better than a guy who shares all Heart's interests--even if he wants to share all his feelings?

Heart's simple coin flip has somehow given her the chance to live out both dates. But where her prom night ends up might be the most surprising thing of all...

Ask Again Later was a fun and flirty young adult contemporary read. It might have been a little too young for me, but it was still mostly enjoyable. This might get a wee bit spoilery, so beware.

What worked for me was the characters… for the most part. Heart was a bit over the top at times, but she’s an actress. What do you expect? She had awkward moments a’plenty and that endeared her to me more. The jock, Troy, was a pretty flat character from my perspective. But, I don’t think he was meant to be all that interesting. Ryan, the closeted theater geek, on the other hand, was pretty interesting. He didn’t fit the stereotypical gay friend character and I appreciate that. Yes, some gay guys do actually like sports and don’t enjoy dancing. Thank you, Liz, for making him stand out a bit from the pack. Chase, Heart’s classmate and frenemy was fantastic. Their chemistry was fantastic and the banter between them was the other thing I really enjoyed about the book.

I enjoyed Liz’s writing, but I had a difficult time staying interested in the format. As you have probably guessed from the blurb above, Ask Again Later was broken into two separate storylines (heads and tails) that run concurrently. Nearly the entire book takes place on prom night. Each chapter is told from Heart’s perspective as she lives both of the options (heads and tails) to see what type of night she’d have with each guy. What she doesn’t take into account, is the third option for her night: going with her friends as she intended originally and the love connection that just might await there. The biggest problem for me was that the events of the two storylines weren’t quite different enough and it came off as a bit of a muddled mess towards the end. There were definitely some cute moments and great banter, but overall I just felt very ambivalent about it. I already knew who Heart belonged with and hopefully who she’d end the night with, so the other options didn’t really interest me.

In all actuality, this is probably a 2.5 star read, but since I don’t do half stars, I’m rounding it up to 3 stars. It was charming and a cute idea in theory, but the execution lacked a little for me. It wasn’t a bad book. It was sweet and cute and if you’re a fan of young adult contemporaries, you should probably check it out and form your own opinion. I would suggest waiting to get it from the library though. 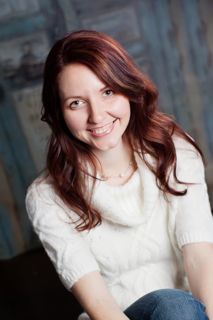 4 responses to “In Review: Ask Again Later by Liz Czukas”