That’s what seventeen-year-old Sky realizes after she meets Dean Holder. A guy with a reputation that rivals her own and an uncanny ability to invoke feelings in her she’s never had before. He terrifies her and captivates her all in the span of just one encounter, and something about the way he makes her feel sparks buried memories from a past that she wishes could just stay buried.

Sky struggles to keep him at a distance knowing he’s nothing but trouble, but Holder insists on learning everything about her. After finally caving to his unwavering pursuit, Sky soon finds that Holder isn’t at all who he’s been claiming to be. When the secrets he’s been keeping are finally revealed, every single facet of Sky’s life will change forever.

Due to sexual content and heavy subject matter, this book is recommended for ages 17+.

I recently listened to Colleen Hoover’s Hopeless on audiobook as part of my “favorites re-read” challenge. I enjoyed the book the first time I read it. It was a four-star read for me at that point. I added it to my “favorites re-read” list because I’ve heard so many fantastic things from so many other readers and bloggers, I felt like I needed to give it a fair shot at becoming a five-star read for me too. It did. Maybe it was my mood when I re-read (er, listened) to it, maybe I rushed through it too much the first time to truly appreciate it. I’m not sure what the issue was the first time, but I definitely connected with the book the second time around. I found myself making excuses to stay in my car for longer periods of time so I could hear more of the story. I found a few extra minutes every day at work when it was conceivable to listen to the book while doing small tasks. Even though I had read it before and ultimately knew what happened, it didn’t spoil the experience of the re-read. It was absolutely beautiful and heart-wrenching and just the opposite of “hopeless.” I quickly added it to my “most favoritest of 2014” list and stewed on the review. Now I think I’m ready to write about the feels it gave me.

“The sky is always beautiful. Even when it’s dark or rainy or cloudy, it’s still beautiful to look at… it’ll be there no matter what… and I know it’ll always be beautiful.”

Hopeless is told from Sky’s point of view. She was a complicated character. She was very clearly damaged by something in her past, but we just don’t know what for the biggest portion of the book. Homeschooled up until the year the book is set, she was a bit awkward and had a hard time finding her place. She was a bit on the easy side and a reputation that was less than flattering. She was hooking up with a real jerk. Overall, she was a sweet girl and easy to relate to.

If Sky is complicated, I’m not quite sure how to describe Holder. If I go with the physical stuff, he’s absolute perfection. But, there’s much more to him than meets the eye. He, too, has quite a reputation and none of it is flattering either. It takes some time to figure Holder out. But once I did, he quickly found a place in my heart and I realized what an incredible guy he was. He has a way with words, but words weren’t even necessary to see how he felt about Sky. It was in his every action.

“The moment my lips touch yours, it will be your first kiss. Because if you’ve never felt anything when someone’s kissed you, then no one’s ever really kissed you. Not the way I plan on kissing you.”

Sky and Holder’s first meeting is strange. He’s intense and demands to know her name. It’s odd and off-putting to her. Their subsequent meetings are just as intense because he just knows too much about her. It freaks her out and it takes awhile for them to move past all that. They begin as friends but quickly become more serious. Their feelings for each other are obvious and more substantial than I would expect of kids their age. They both help people deal with the crap going on in both their lives. And trust me when I say there’s a lot of it.

“It’s what happens when two people become one: they no longer only share love. They also share all of the pain, heartache, sorrow, and grief.”

The secrets start coming out and I was floored. Just when I thought everything was out in the open, something else would be revealed that would leave me breathless… or in tears… or both. Both Sky and Holder had been through so many devastating things at such a young age. I just wanted to wrap both of them up in a huge hug and assure them the world wasn’t all bad.

“I thought Mormons weren’t allowed to have caffeine?”
“I decided to break that rule the morning I woke up gay.”

There are a lot of characters in this story, but there is one that I connected with almost as much as Sky and Holder. That would be Sky’s friend, Breckin. I. Loved. Breckin. He brought to this book both a much-needed dose of comic relief and a shoulder to cry on. I would love to see Breckin get a book of his own at some point. He was a gay Mormon, which is unexpected. He didn’t put up with people’s shit. I just adored this guy. We would totally be friends in real life.

“I’m not a sucker for happily ever afters, but if these two characters don’t get theirs I might climb inside this e-reader and lock them both inside that damn garage forever.”

I got so sucked into this book. The secrets and mystery, the chemistry and romance between Holder and Sky… all of it grabbed me and wouldn’t let me go. I couldn’t stop thinking about this book when I wasn’t able to read (or listen) to it. Even several weeks after I finished, it remained one of those books that I just couldn’t fully let go of. There were so many emotions and feels to this book. I fell in love with both characters and wanted them to be whole again. I hoped they could find peace together. This book was part coming of age, part second chance love, and entirely amazing. I really can’t recommend it highly enough. I also can’t recommend tissues enough. You’ll need them.

“Fuck all the firsts, Sky. The only thing that matters to me with you are the forevers.”

Because I’m reviewing the audiobook for this title, I feel I have to include a quick line or two about that format. I really liked the narrator. She was believable as Sky and her voice and timing was great. There’s few things worse than a great story with questionable narration. Angela Goethals did a fantastic job with this one. I would definitely listen to more books she narrates. I see Colleen’s upcoming release, Maybe Someday, is also narrated by her. I’ll be picking that one up. 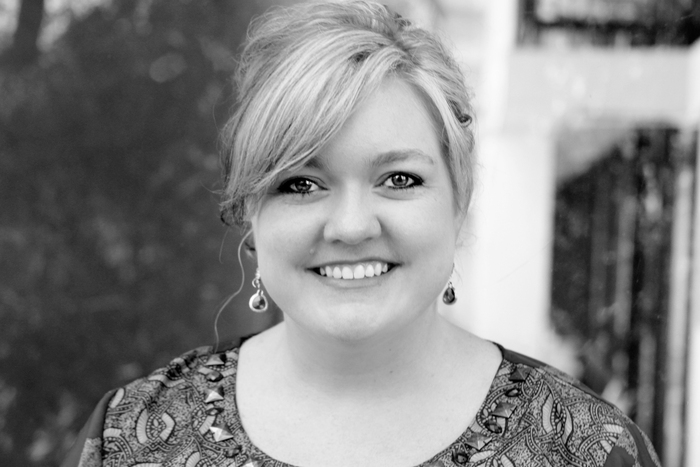 I love to write and I love to give away things that I write, so follow me on my Facebook author page at www.facebook.com/authorcolleenhoover.

3 responses to “In Review: Hopeless (Hopeless #1) by Colleen Hoover”