His rival’s in his bed, and this rocker is ready to play.

Former rivals Quinn Bradford and Elise McKinney are not friends, at least not anymore. As teens, all they cared about was psyching each other out before concerts. But when Quinn—now the keyboardist for Shaken Dirty, the hottest rock band on the scene—returns to his hometown and hears about the car accident that shattered Elise’s career, he’s determined to make things right.

Elise wants nothing to do with an arrogant rock star, despite how bad she so clearly wants him, so Quinn kidnaps the stubborn little piano player and whisks her back to his mansion. A little seduction might be just the thing to keep Elise under his care…and in his bed. But amid pranks both childish and very adult, their past comes rearing back to haunt them. And it might be more than either of them can forget.

I thoroughly enjoyed Drive Me Crazy! Unlike the other Brazen title I read that released recently, this one had quite a good and unique plot and it was one that really interested me. It also involved a “kidnapping” of sorts… I’m sensing a theme here. While this book is part of a standalone series, I didn’t read the first book and didn’t feel lost. I still plan to go back and read the first book, Crash Into Me, because I want to know what I missed. Plus, if Ryder, the male lead in that book, is anywhere near as hot as his bandmate Quinn, I’ll be in love. Or lust. Or something.

I liked both Quinn and Elise a lot. They had a fun history and a great banter, as well as a ton of chemistry. The sexual tension between them was strong. They had some steamy scenes, but they had a connection outside of the bedroom as well. He was a great source of support for her in an incredibly difficult time in her life. The pranks they played on each other? Fantastic. I really liked them together.

I couldn’t put this book down once I picked it up. I love rocker romances and this one was no exception. Quinn was smoking hot and I couldn’t get enough of him. This was a quick and sexy read with a plot that was anything but shallow. I can’t recommend this one highly enough. 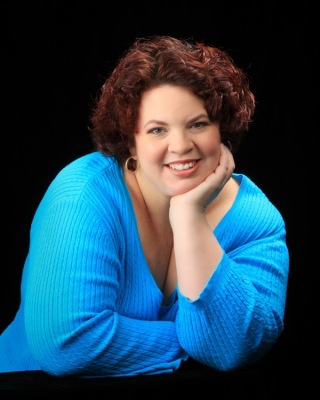 Tracy Wolff collects books, English degrees and lipsticks and has been known to forget where—and sometimes who—she is when immersed in a great novel. At six she wrote her first short story—something with a rainbow and a prince—and at seven she forayed into the wonderful world of girls lit with her first Judy Blume novel. By ten she’d read everything in the young adult and classics sections of her local bookstore, so in desperation her mom started her on romance novels. And from the first page of the first book, Tracy knew she’d found her life-long love. Now an English professor at her local community college, she writes romances that run the gamut from contemporary to paranormal to erotic suspense.

2 responses to “In Review: Drive Me Crazy (Shaken Dirty #2) by Tracy Wolff”