At his majesty’s service…or so he thinks.

With her job and her self-respect on the line, advertising executive and reformed bad-girl Zoe Keaton heads to Italy to score a vital business deal. Unfortunately, the guy she needs to convince is the wickedly hot—and totally closed-off—Prince Dominic Ricci, who has no intention of listening to her pitch. So with the queen’s help, Zoe does the only thing that will get the job done. She kidnaps him.

But the joke’s on her when the queen’s matchmaking strands Zoe and the prince on the royal family’s secluded island. Zoe vows not to mix business with pleasure—and prove that she’s more than a spoiled rich girl who bought her way to success—but when the prince turns up the heat, the chemistry between them ignites. Is it just sizzling sex, or could an Italian prince with a tragic past fall for a take-no-prisoners American?

If you like short and seriously steamy romances, Entangled’s Brazen line has something for you. I’ve only read a handful of these titles, but I’ve enjoyed each and every one of them in their own way. Wanton Heat might not have been my favorite of the titles, but there’s no denying that it was an entertaining (and HOT) read.

The synopsis for Wanton Heat totally hooked me. I am a fan of “famous person/regular person” romances and I loved the “kidnapping” aspect of this book. Was the plot far-fetched? Of course. Did that make it less fun? Not even close. As an aside, I have to mention how much I enjoyed the character of the meddlesome queen. She was a keeper.

I didn’t love Zoe and Dominic didn’t really grab my attention, but they worked well as a couple. Their sexual chemistry was undeniable. The heat was present from their first meeting. They had a good banter and steamy sexy times.

All in all, Wanton Heat was a quick read with fairly interesting characters being thrown together in an unexpected way. Their strong personalities collided and made for a healthy dose of sexual tension. It was a good read. I’d recommend it to anyone who likes a good steamy read with a plot that doesn’t suffer in favor of sex scenes. 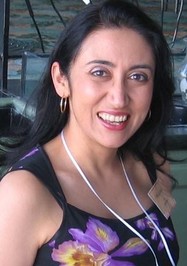 Based in Melbourne, she has published 45 books and sold over 5 million copies worldwide. She writes contemporary romances for Harlequin Mills & Boon, Entangled Publishing and is self-published. Her first indie release, Crazy Love, was a 2012 ARRA (Australian Romance Readers Award) finalist. BANISH, a thriller with Harlequin Teen Australia, is her young adult debut (August 2013), closely followed by the release of a paranormal YA series starting with Scion of the Sun (Month9Books, November 2013)

A physiotherapist for thirteen years, she now adores writing full time, chasing after her two little heroes, barracking loudly for her North Melbourne Kangaroos footy team and her favourite, curling up with a good book!

One response to “In Review: Wanton Heat by Nicola Marsh”