Panic began as so many things do in Carp, a dead-end town of 12,000 people in the middle of nowhere: because it was summer, and there was nothing else to do.

Heather never thought she would compete in Panic, a legendary game played by graduating seniors, where the stakes are high and the payoff is even higher. She’d never thought of herself as fearless, the kind of person who would fight to stand out. But when she finds something, and someone, to fight for, she will discover that she is braver than she ever thought.

Dodge has never been afraid of Panic. His secret will fuel him, and get him all the way through the game, he’s sure of it. But what he doesn't know is that he’s not the only one with a secret. Everyone has something to play for.

For Heather and Dodge, the game will bring new alliances, unexpected revelations, and the possibility of first love for each of them—and the knowledge that sometimes the very things we fear are those we need the most.

A fan of each and every one of Lauren Oliver’s books to date, I was really excited to get my hands on Panic early. The blurb sounded really interesting. Danger! Intrigue! Romance! Unfortunately, it didn’t live up to my expectations. Don’t get me wrong, it was entertaining, but something was just missing.

Panic is a game born out of the boredom of small-town teenagers. It is not a dystopian novel and there are no supernatural elements about it, despite how people are shelving it on Goodreads. It’s a straight-up contemporary novel with a bit of mystery, a bit of action and a bit of romance. Sadly, I didn’t find myself caring that much about any of it. I found it difficult to connect with the characters. The tasks they were to complete often seemed just plain stupid and dangerous, so I didn’t even find myself on the edge of my seat that much. These kids chose to do this. No one forced them. They weren’t trying to survive. They were playing a game. This is why I had a difficult time caring about what happened to them as a result of it. The friendships were confusing and I didn’t really feel the chemistry between Heather and Dodge.

The book gets bonus points and a 3-star rating because it was incredibly well-written. No, the ideas didn’t really work for me and the characters weren’t ones I could sympathize with, but the writing was good and the intrigue was there if you could bring yourself to connect with the characters. The characters were well-developed and complex, just not particularly likable to me. There were some twists and turns in the book, but I didn’t find them all that unpredictable. I guessed the major twist before it was revealed.

Not Lauren’s best book in my opinion, but it wasn’t a total waste of time either. A younger crowd would likely be able to relate to the characters and appreciate it more than I did. 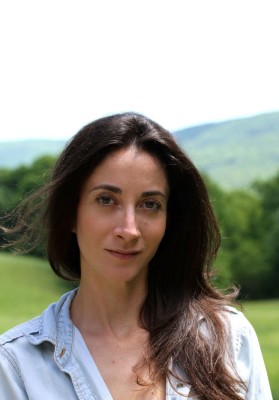 Lauren Oliver comes from a family of writers and so has always (mistakenly) believed that spending hours in front of the computer every day, mulling over the difference between “chortling” and “chuckling,” is normal. She has always been an avid reader.

She attended the University of Chicago, where she continued to be as impractical as possible by majoring in philosophy and literature. After college, she attended the MFA program at NYU and worked briefly as the world’s worst editorial assistant, and only marginally better assistant editor, at a major publishing house in New York. Her major career contributions during this time were flouting the corporate dress code at every possible turn and repeatedly breaking the printer. Before I Fall is her first published novel.

She is deeply grateful for the chance to continue writing, as she has never been particularly good at anything else.

2 responses to “In Review: Panic by Lauren Oliver”