Me Since You by Laura Wiess
Genres: Contemporary, Young Adult
Publication date: February 18, 2014
Publisher: MTV Books
Format: eARC, 368 pages
How I got it: Edelweiss
Add it: Goodreads
Buy it: Amazon | Barnes & Noble
My rating:

Laura Wiess captures the visceral emotion of a girl’s journey from innocence to devastating loss and, ultimately, to a strange and unexpected kind of understanding—in this beautiful and painfully honest new novel.

Are there any answers when someone you love makes a tragic choice?

Before and After. That’s how Rowan Areno sees her life now. Before: she was a normal sixteen-year-old—a little too sheltered by her police officer father and her mother. After: everything she once believed has been destroyed in the wake of a shattering tragedy, and every day is there to be survived.

If she had known, on that Friday in March when she cut school, that a random stranger’s shocking crime would have traumatic consequences, she never would have left campus. If the crime video never went viral, maybe she could have saved her mother, grandmother — and herself — from the endless replay of heartache and grief.

Finding a soul mate in Eli, a witness to the crime who is haunted by losses of his own, Rowan begins to see there is no simple, straightforward path to healing wounded hearts. Can she learn to trust, hope, and believe in happiness again?

Me Since You was a difficult book to read. Not because of the writing (it was gorgeous) or because I had issues with the characters or the plot (I didn’t, they were both perfection), but because of the subject matter. I knew enough about this book going in that I knew it was going to be this way, but I still hadn’t fully prepared myself for what all it would entail, all the emotions it would bring out in me. The feelings were all real. I could feel the pain, guilt and loss Rowan was experiencing. I shed many a tear over this book. It was gut-wrenching at times.

The romance in this story takes back burner to the other things going on, but I wouldn’t have had it any other way. Rowan was dealing with a lot and she was the type of person who had to do it for herself, by herself, on her own terms. Eli made himself available, but, no stranger to loss himself, backed off and let her come to him. It was a mature and respectable thing to do. Both Rowan and Eli were special and good. Completely relatable, realistic and likable. They were well-developed and complex. Rowan’s journey in this book was incredible. Her feelings were so raw, her grief and guilt so tangible, her need to put her family back together so real. She was an incredibly strong girl. Her journal entries about killed me. I can’t begin to fathom what she was going through and I never want to have to cope with that kind of loss, but through her journal entries I experienced all she was, for better or worse.

If you’re looking for an upbeat book, this isn’t the one for you. But if you’re looking for real emotion and aren’t afraid to get wrapped up in a character’s feelings, don’t pass this one by. It was absolutely beautiful. Devastating and heartbreaking, but hope shined through in the end. This book gutted me, but in the best way possible. I’m an emotional reader and I tend to connect to characters like I do with real people in the world outside of books, so when one is feeling pain, I feel it too. This book definitely brought out all the feels. It took me from being apprehensive about what would happen through the stages of grief myself (and a lot of tears) and left me with a hopeful and peaceful, satisfied smile at the end. 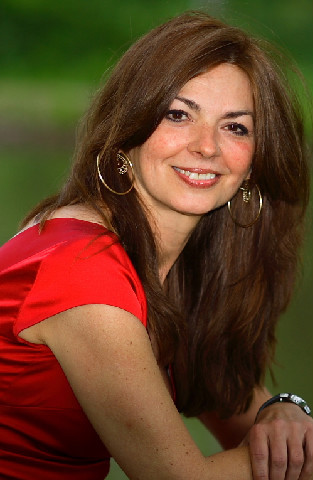 Laura Wiess is the author of the critically acclaimed novels Such a Pretty Girl, chosen as one of the ALA’s 2008 Best Books for Young Adults and 2008 YALSA Quick Picks for Reluctant Readers, and Leftovers. Originally from Milltown, New Jersey, she traded bumper-to-bumper traffic, excellent pizza, and summer days down the shore for scenic roads, bears, no pizza delivery, and the irresistible allure of an old stone house surrounded by forests in Pennsylvania’s Endless Mountains Region.

Tags: 5 Star Review, In Review, Laura Wiess, Me Since You

6 responses to “In Review: Me Since You by Laura Wiess”