When Jonah is forced to move from Hamilton to Cross Pointe for the second half of his senior year, "miserable" doesn't even begin to cover it. He feels like the doggy-bag from his mother's first marriage and everything else about her new life—with a new husband, new home and a new baby—is an upgrade. The people at Cross Pointe High School are pretentious and privileged—and worst of all is Brighton Waterford, the embodiment of all things superficial and popular. Jonah’s girlfriend, Carly, is his last tie to what feels real... until she breaks up with him.

For Brighton, every day is a gauntlet of demands and expectations. Since her father died, she’s relied on one coping method: smile big and pretend to be fine. It may have kept her family together, but she has no clue how to handle how she's really feeling. Today is the anniversary of his death and cracks are beginning to show. The last thing she needs is the new kid telling her how much he dislikes her for no reason she can understand. She's determined to change his mind, and when they're stuck together for the night, she finally gets her chance.

When I read the blurb for this book originally, I immediately thought of Nick & Norah’s Infinite Playlist (one of my favorite books – and movies) and I knew I needed to read it immediately. I was thrilled to get early access to it from the publisher, through NetGalley. It sounded completely charming and I hoped I would love it. I wasn’t disappointed!

Brighton is little miss perfect. She’s popular, intelligent, involved in student activities and, darn it, people like her. Her family life is complicated. Her father passed away five years ago, her mother is still a bit of a mess, and her sister is away at college. It took me some time to connect with Brighton. She was maybe just a little too perfect and expected too much of others.

Jonah is a bit of an outsider. He was forced to leave his friends and girlfriend behind and move to the ritzy Cross Pointe from more or less the other side of the tracks in Hamilton after his mom left his father, remarried and had a baby. He doesn’t want to make friends with the people at his new school and he has no desire to be involved with activities or sports there. He’s simply biding his time until he graduates and leaves all this behind when he goes to college. I liked Jonah nearly immediately, even though he came off as a bit of a jerk.

Brighton tries to convince Jonah to participate in an upcoming fundraiser. He’s having no part of it. They clash immediately. She’s used to people pleasing her. He isn’t going to play that game. Through a series of events that take place over the course of one night, they find themselves thrown together. During those few short hours, they realize that while they thought they had each other figured out, there was more to each of them than met the eye… and they have more in common than they might have thought.

I love books when two people are thrown together for a specific, short period of time. It’s fascinating to me to see the type of connection you can make with a person in a short time span. Sometimes it feels forced and unnatural, but that wasn’t the case with Bright Before Sunrise. Brighton and Jonah worked well together. Their connection and the progression of that connection felt real and believable. There was a bit of romance, but it wasn’t all romance, it was more about learning about someone else and figuring out things about yourself along the way.

This was a great, quick, engaging read for fans of the young adult contemporary genre. This was the first of Tiffany Schmidt’s books that I’ve read. It certainly won’t be the last. 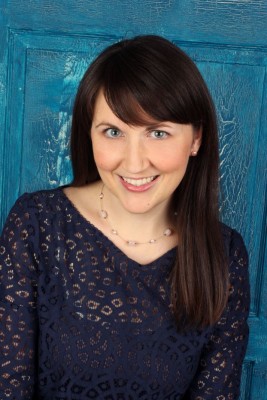 I have two contemporary YA novels out now: Send Me a Sign and Bright Before Sunrise. Up next for me is the Once Upon a Crime Family series.

4 responses to “In Review: Bright Before Sunrise by Tiffany Schmidt”