Penelope is a witch, part of a secret society protecting humans from demon attacks. But when she was a child, a demon killed her parents—and stole her magic. Since then, she’s been pretending to be something she’s not, using her sister’s magic to hide her own loss, to prevent being sent away.

When she’s finally given the chance to join the elite demon-hunting force, Penelope thinks that will finally change. With her sister’s help, she can squeeze through the tests and get access to the information she needs to find "her" demon. To take back what was stolen.

Then she meets Carter. He’s cute, smart, and she can borrow his magic, too. He knows her secret—but he also has one of his own.

Suddenly, Penelope’s impossible quest becomes far more complicated. Because Carter’s not telling her everything, and it’s starting to seem like the demons have their own agenda…and they’re far too interested in her.

It had been awhile since I read a book about witches and I’ve never had a lot of luck with them, but that didn’t stop me from requesting this one as soon as that gorgeous cover drew me in. The concept behind this book was intriguing, and I’m a sucker for a good YA paranormal, so I was really excited to this one. I enjoyed it, but it just fell a wee bit flat for me.

I liked Penelope. She made a great, strong female lead. I love a good kickass heroine and she definitely fit the bill. I liked, too, that she wasn’t perfect. She had flaws and that made her easier to connect with. Carter… I loved Carter. Sure, he was keeping secrets of his own, but he was a good guy. He and Penelope had a ton of chemistry and worked well together. I mean, even her magic worked better with him around. They had a wonderful connection.

While I liked this book, and truthfully would give it 3.5 stars if I gave halves, I just found that it dragged in places. I had a difficult time sticking with the story and kept putting it down and reading other books before coming back to it. That’s something I don’t do very often. That’s not saying I didn’t enjoy the story and characters, or that the writing wasn’t excellent. It just didn’t completely hold my attention. I wasn’t dying to finish it.

Now, all that said, the action in the book was really good and engaging when it occurred. The romance and friendships were wonderful. The plot kept me guessing, if not fully engaged. I’m absolutely interesting in learning what happens next, but it just wasn’t a four-star read for me. Danielle Ellison has woven an interesting world with this series and I definitely want to see where she takes it. I love that it’s set in Washington, DC. I’ve not come across many non-political reads that are. There was one bit about demons in the Metro system that actually made me laugh out loud. Because yes. I can easily believe demos live in the Metro. I think I’ve ridden the train with them from time to time. 😉 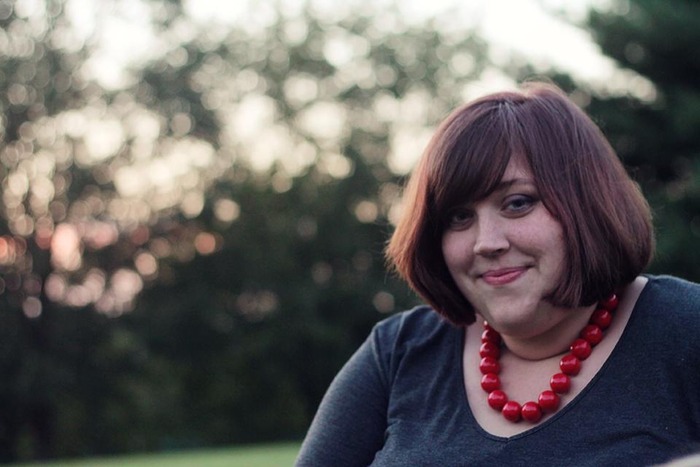 When she’s not writing, Danielle is probably eating cookies, fighting her nomadic urges, watching too much TV, or dreaming of the day when she can be British. She has settled in Northern Virginia, for now, but you can always find her on twitter @DanielleEWrites.

3 responses to “In Review: Salt (Salt #1) by Danielle Ellison”