Zoe and her best friend, Olivia, have always had big plans for the future, none of which included Olivia getting sick. Still, Zoe is determined to put on a brave face and be positive for her friend.

Even when she isn't sure what to say.

Even when Olivia misses months of school.

Even when Zoe starts falling for Calvin, Olivia's crush.

The one thing that keeps Zoe moving forward is knowing that Olivia will beat this, and everything will go back to the way it was before. It has to. Because the alternative is too terrifying for her to even imagine.

In this incandescent page-turner, which follows in the tradition of The Fault in Our Stars, Melissa Kantor artfully explores the idea that the worst thing to happen to you might not be something that is actually happening to you. Raw, irreverent, and honest, Zoe's unforgettable voice and story will stay with readers long after the last page is turned.

I think I’ve mentioned a time or two before that I’m an emotional reader. Boy, did this book ever make me emotional. I should probably make it some kind of rule to not read books where one of the main characters have cancer, but then I would be missing out on some amazing reads. I might need to develop a new rating system for these books, based on the number of tissues I had to use while reading. This one would be up there.

This book was beautiful. Heartbreaking, but hopeful. I loved Zoe and Olivia. Their friendship reminded me so much of my own in high school. I think that’s why I most strongly connected with the characters in this book. I could see myself in them. Zoe was the main character and the book is told solely from her POV. She’s one strong girl. Her best friend has been diagnosed with cancer. Life as she knows it has changed. She willingly puts her wants and needs to the side and focuses on helping those around her, Olivia included. She wants to make others happy. She’s supportive of her friends and family and those around her. Olivia was sweet and it devastated me that she was going through the things she was dealing with at such a young age. Through it all, scared as she was, she was a fighter. She stayed positive, but realistic and I adored her for that.

Olivia’s brother Jake and his best friend Calvin played a pretty large role in this book, too. Jake was a great brother. Calvin was adorable; not at all the asshole Zoe thought he was. See, Olivia was the one with a crush on Calvin. Then she got sick. Zoe ended up spending more time with him and seeing him for who he truly was – a great, supportive friend and an all-around good guy – and felt guilty when she began having feelings for him. Her guilt and lying by omission winds up causing her to have a pretty big fight with Olivia, but true friends don’t stay mad for long, especially when there are more serious things to be concerned about than a crush. The romance is sweet and realistic and not at all overdone, nor does it overshadow the main focus of the book – Zoe and Olivia’s friendship. Zoe and Calvin were wonderful together and wound up being there for each other – and for those around them – as Olivia’s treatment proceeded. They may have briefly lost themselves in each other, but it was a way to cope with everything going on in their lives at those moments.

Maybe One Day was an emotional roller coaster ride. It was a beautiful coming of age story. It was funny. It was sad. It focused on friendship, finding yourself, family and love. The characters were easy to love. They pulled at my heartstrings. The book was real and believable and I never once even considered sitting it down. I can’t think of one thing I would change. It was perfect just the way it was. 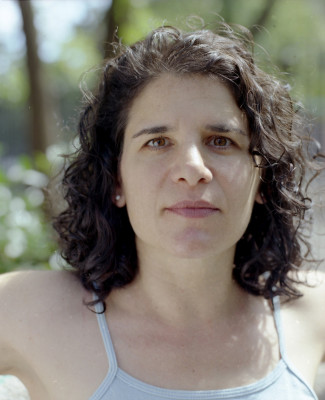 Melissa Kantor is the author of Confessions of a Not It Girl, an ALA Booklist Best Romance Novel for Youth in 2004; If I Have a Wicked Stepmother, Where’s My Prince?, a YALSA Teens Top Ten Pick in 2006; The Breakup Bible, an ALA Best Books for Young Adults nominee in 2007; and Girlfriend Material. She is a teacher in Brooklyn, New York, where she lives with her family.

4 responses to “In Review: Maybe One Day by Melissa Kantor”