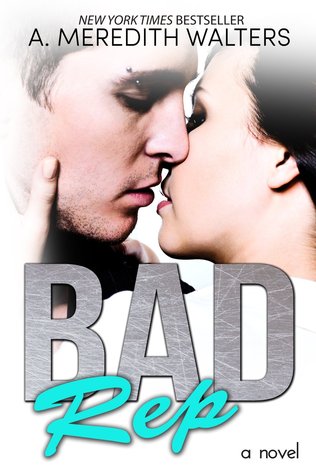 "Who gives a damn about their reputation? Oh, that would be me! Especially since mine had gone straight to hell in the span of thirty minutes".

Maysie Ardin is soaking up the summer before her junior year of college, shopping, hanging by the pool and shopping some more. But when her black belt in spending lands her in trouble with her parents, she is forced to take a second job at a local bar to dig herself out of a deep financial pit.

She thought she’d be miserable. But then Maysie didn’t count on Jordan Levitt, the hot, pierced and tattooed, drum playing bartender who also happens to be very interested in her. And the feelings are totally mutual.

It had the makings of the perfect romantic set up. Boy meets girl. Boy likes girl. Boy has girlfriend? Okay, maybe not.

But attraction is a hard thing to ignore and soon Jordan and Maysie find themselves in the middle of a gossip induced firestorm. Maysie has to learn whether she can set aside her fear of public disapproval in order to be with the one she wants. Or will she let the opinions of others dictate her life and her heart?

This was the first book I read by A. Meredith Walters. I enjoyed it so much when I read it as an eBook that I added it to my favorites list and decided it need to be part of my Favorites Re-Reads projects. This time I “read” it on audiobook. I loved the story just as much the second time around, though I really didn’t care for the audiobook narrator. I would give the story 4 stars, but the audiobook 3 stars.

“I wanted to tell you that I couldn’t stop thinking about your face. That you had burrowed your way so deep into my veins that I would fucking bleed you. That if I died tomorrow, I could go a happy man for having felt your lips on my skin.”

Looking for an angsty new adult read? Seriously hot sexy scenes? Look no further. Bad Rep has all this and more. It also has a healthy dose of cheating, backstabbing bitches, hot rockstar boys, love and great friendship. Now, normally I’m not one who enjoys books with cheating. But it didn’t bother me one single bit in this book. I liked Maysie and Jordan and it was so obvious they belonged together. It was easy to forget that Jordan was taken and Maysie was the other woman. That might not make it right, but oh well. I adored the characters and the storyline and I can’t help what that might say about me and my morals. 😉

“I knew Jordan’s type. And I was attracted to them like bees to tasty, hormone soaked honey.”

Maysie was a good, likable protagonist – for the most part. My only complaint with her was that she cared far, far too much about what other people think. So much so that it almost allowed her to screw up a really great thing. Maysie and Jordan’s relationship might not have had the best start, but what they had was real and I hated that she risked it because of her need to be liked and popular. When all that crashed down around her, I found myself connecting better to her. She was strong and sassy. I wish she had been more willing to ask for help though. She was being bullied at a ridiculous level and I wish she had said something about it sooner. Her character really grew and matured during this book. I was glad to see that.

“His voice was like liquid caramel. And I knew exactly what I wanted to do with him. I wanted no holds barred, throw-me-against-a-wall-and-pound-me-within-an-inch-of-my-life-SEX.”

Jordan may have been a cheating bastard to some, but I didn’t care one single bit. The scenes when he was singing? I. Melted. But, he was more than just a pretty face with piercings and tattoos who can sing. There was something more vulnerable, kind and protective underneath the tough exterior. I respected that he didn’t want to hurt Olivia, despite the fact that their relationship wasn’t working out … even though he was cheating on her with Maysie. He can’t help the chemistry and feelings he has for Maysie. Neither of them can, regardless of how hard they tried to fight it.

“You’re right, baby. We began out of something ugly. But what we became was something beautiful. I just wish I could make you see that.”

I really enjoyed this book and the characters. They were realistic, as was the dialogue. In addition to angst, lust, hot sex, betrayal and bullying, Bad Rep also offers up humor, friendship and true love. I loved Maysie’s friendship with both Riley and Vivian. I can’t wait to read more of Riley when I finally get around to Perfect Regret. I was impressed with this story all the way around. I’m looking forward to reading much, much more from A. Meredith Walters in the future. (Oh, and I’ll continue to drool over the mere thought of Jordan Levitt for a long time.)

About A. Meredith Walters

A. Meredith Walters is the New York Times and USA Today Bestselling author of the Find You in the Dark, Bad Rep, Reclaiming the Sand, and Twisted Love series. Before that, Meredith spent a decade as a counselor for troubled and abused children and teens. She currently lives in England with her husband and daughter.