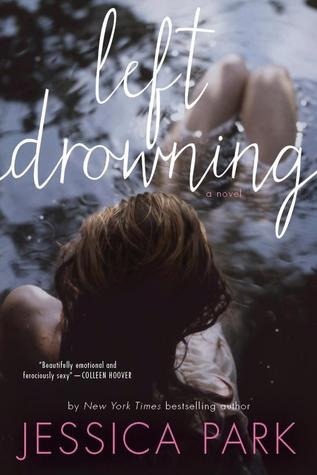 What does it take to rise from life’s depths, swim against the current, and breathe?

Weighted down by the loss of her parents, Blythe McGuire struggles to keep her head above water as she trudges through her last year at Matthews College. Then a chance meeting sends Blythe crashing into something she doesn’t expect—an undeniable attraction to a dark-haired senior named Chris Shepherd, whose past may be even more complicated than her own. As their relationship deepens, Chris pulls Blythe out of the stupor she’s been in since the night a fire took half her family. She begins to heal, and even, haltingly, to love this guy who helps her find new paths to pleasure and self-discovery. But as Blythe moves into calmer waters, she realizes Chris is the one still strangled by his family’s traumatic history. As dark currents threaten to pull him under, Blythe may be the only person who can keep him from drowning.

“We don’t have to know everything. If you believe in fate and some kind of meaning and sense in this fucked-up world, then believe with abandon, love. Enjoy it.”

Left Drowning was absolutely brilliant. I was hooked from the very first page. I read it in one sitting. The story was beautiful, heartbreaking and hopeful. The characters were the real stand-0ut here, though. They were complex, charming, real and flawed. Despite the flaws, I would love to be part of a family like the Shepherds. Their love for each other – and eventually Blythe – was so strong. The horrible things they went through in the past might have damaged them individually, but it strengthened them as a group.

“It’s natural to want to connect with other people, I guess. Except I don’t want to. Not really. Which must be why I don’t have any real friends.”

Blythe wasn’t your typical college student. Weighted down by the death of her parents, she was barely hanging on to life herself. She wasn’t involved in campus activities, she had a single room… she was just… there. Then she meets an outgoing, dramatic guy named Sabine at the cafe. He begins to draw her out of her shell. Soon after, she comes across a sexy guy, Chris, down by the lake on the Matthews College campus. She feels an undeniable pull to him – and him to her. They begin a friendship then and there, but their chemistry is such that you can’t help but root for them to have more. Both damaged by their pasts, they are very cautious.

“I am hit with the enormity of the impact that this family is having in my life. They, and mostly Chris, are saving me. Or teaching me to save myself.”

The boys Blythe meet are the Shepherd brothers. It’s fitting that each of them are responsible for drawing her out of her shell – though in completely different ways. She meets the other siblings, Estelle and Eric, as well as Eric’s partner, Zachary, and the group becomes fast friends. Suddenly, the girl who was barely hanging on is surrounded by friends and truly living.

“He leans into me and kisses me again. Harder this time. He tastes like eternity, and healing, and completion.
No one else could ever kiss me like this, of that I am positive.
I could breathe in him forever.
I could fall in love forever.”

“And at least this one thing is certain: Chris and I are inextricably connected. Do I have factual reasons to know this? Proof? Assurances? No. None. Some people believe in God; I believe in Chris.”

Blythe and Chris’ friendship grows into something more pretty quickly. It’s hard to fight that type of pull for someone. It’s apparent they were meant to be together, despite how they may fight it. Or how one of them fights it, anyhow. They were electric when they were together. (OMG the sexy scenes. I thought my iPad might melt.) I knew it wouldn’t be easy for the two of them, but W.O.W. Their story took me on a physically and emotionally draining ride. I felt like I had been punched, kicked and slapped. Then hugged. And punched again. I alternated between wanting to throw my iPad across the room and desperately hugging it out of sheer joy. The story absolutely gutted me and I cried buckets during this book. There’s something to be said about a book, and an author, who can bring out such strong emotions, even in an emotional person like me. It’s safe to say this book took me through every single possible emotion.

But, I wouldn’t have had it any other way. It was beautiful. The connections between characters were absolute perfection. While I had figured out the ending before it happened, I was able to be surprised by the way it all came together. I loved these characters and this story. Days after I finished the book, I still can’t get these characters out of my head. I can’t possibly say all that I want to about this incredible book without ruining some portion of the story for future readers. It was wonderful and I loved every minute of it and I could gush forever.

If you want a book that will make you feel all the feels, this is the one. Boy, is it ever. 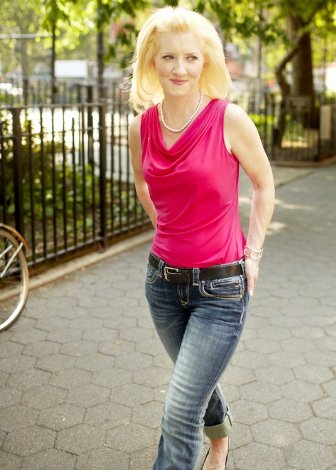 Jessica is the author of LEFT DROWNING, the New York Times bestselling FLAT-OUT LOVE (and the companion piece FLAT-OUT MATT), and RELATIVELY FAMOUS. She lives in New Hampshire where she spends an obscene amount time thinking about rocker boys and their guitars, complex caffeinated beverages, and tropical vacations. On the rare occasions that she is able to focus on other things, she writes.

6 responses to “In Review: Left Drowning by Jessica Park”