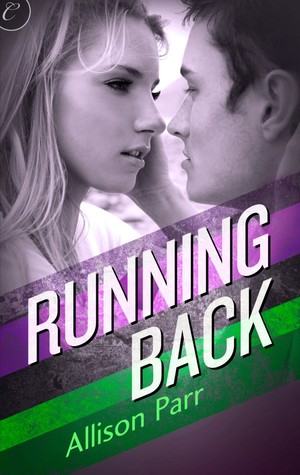 Natalie Sullivan is on the verge of a breakthrough most archaeology grad students only dream of: discovering a lost city. Her research points to a farm in Ireland, but to excavate she needs permission from the new owner: the Michael O'Connor, popular NFL running back.

On TV Mike seems so charming and good-natured that Natalie figures getting his cooperation will be a breeze. So she's not prepared to deal with the arrogant—and adamantly opposed—man she meets in person. Or the way one look from him sends shivers down her spine…

Determined to kick-start her career, Natalie travels across the Atlantic and finds herself sharing an inn with Mike, who has come to Ireland in search of his roots. She tells herself her interest is strictly professional, but the more she gets to know him, the harder it is to deny her personal attraction to the sexy sports star. And when Mike confides why he refuses to allow the dig, Natalie must decide if she can follow her heart without losing sight of her dreams.

“My body wanted to wrap around his. So, I was afraid, did part of my heart. My brain was another story.”

Natalie is an archaeologist on the verge of quite possibly discovering a lost city. What a cool career. Natalie is strong and independent and, darn it, I just really liked her. I identified with her in a lot of ways. I won’t call her bitter when it comes to love, but she’s a bit jaded. She doesn’t believe in forever.

“I don’t think you get it. I didn’t want to date you. I wanted… Forever. Which you don’t believe in.”

Michael O’Conner, professional running back, is Natalie’s opposite in almost every way. I absolutely loved Michael. He was sexy, sweet and thoughtful. He may be a big, burly guy, but underneath the was romantic and, dare I say, sensitive. He believes whole-heartedly in true love and forever.

“I think people fall in love, I just don’t think it sticks.”

Natalie and Michael become acquainted because he owns the property rights for the land in Ireland she’s supposed to be digging on. He’s resistant to allow her to do it, though he won’t explain why. A twist of fate leaves them in the same small town in Ireland and the same time. They grow to know each other and have a very strong, real attraction. It’s complicated, of course, because of not only their differing views on love, but his unwillingness to allow her to dig on his land. But there was just something wonderful about them when they were together.

“You are not broken. You are not too much work. And I believe that we will be together until I die. I believe it enough for the both of us.”

This book gave me so much more than what I was expecting. I began reading it thinking I was going to get a sweet and sexy romance. While I got that, I also got a story of family, heritage and taking chances – in more ways than one. I was entirely wrapped up in Natalie and Michael’s story. It made me feel all the feels. The setting, whether New York, Ireland or Paris, was fantastic. I felt like I was there. I loved that characters that I met in Parr’s previous novel popped up in this story too. This book is filled to the brim with interesting characters, no matter how minor a role they played. I love Michael’s teammates and his sisters.

I really appreciate Allison Parr’s writing. She writes strong, intelligent, if flawed, female characters. They’re always incredibly interesting. (The men are ok, too…) 😉 But, what I love most about this series is that it’s about football and it’s very obvious that Allison *knows* football. As a woman who loves football, I totally appreciate that. It’s refreshing, just like this series. I can’t wait for the next installment.

Hello everyone! I’m Allison Parr, a twenty-something writer based out of Boston, though in my nomadic post-college days I lived in Paris and San Francisco and New York. In the end, though, I came back to the place I grew up.

I’m a chocolate and coffee and book lover. You’ll find plenty of recipes for delicious baked goods over on my blog, and I’m constantly looking for local restaurants with great menus and chefs with awesome recipes. You’ll find tons of food in my books, because it takes up a huge amount of my brain. Deciding what to eat for lunch is legit one of my favorite parts of the day.