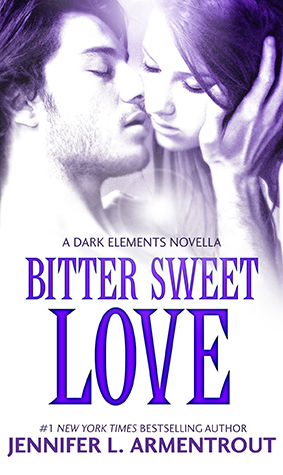 Dez wasn't just Jasmine's crush. A gargoyle Warden like Jas, he helped her come to terms with her destiny—fending off demons and maintaining balance between good and evil. He was her everything...right until the moment he disappeared without a trace. It didn't help that Jas's father had just announced that she and Dez would one day be mated. Hard not to take that personally.

And now he's back, three years older, ten times hotter, ready to pick up exactly where they left off. But Jas isn't taking that risk again. Dez has seven days to meet all her conditions and earn back her trust. Seven days filled with terrifying danger and sweet temptation. Seven days to win her heart—or shatter it all over again...

“For thousands of years, my kind had been thought of as nothing more than the stone sculptures perched upon the rooftops of homes and churches. Aka gargoyles. And technically, that’s what we were – but the depiction of a gargoyle was vastly exaggerated. Even the ugliest of all Wardens didn’t have a bulbous nose or fangs jutting from his mouth. It was rather insulting when you thought about it.”

Gargoyles. Yes, you read that right. JLA’s new series is about gargoyles and I am beyond thrilled to tell you that it is incredible. I shouldn’t have ever doubted her. Gargoyles! What a unique concept. I’ll never look at one the same way again.

“I was not happy. I was knee deep in freak out mode.”

When Jasmine’s best friend and first love, Dez, comes back to town after three years to claim her, she should be happy. She loves and misses Dez, but he abandoned her. He broke her heart. It was the betrayal she was never able to get over. Now he wants to pretend like everything is fine? She’s not having it.

“I’ve missed you, Jas. You have no idea,” he continued, reaching toward me again but stopping short of touching me. “I thought about you every damn day. All I wanted was to get back to you and the clan. But mostly you. Always you.”

I loved Dez. I adored Jas. Together they were absolute perfection. Their chemistry was very real and believable. There was heat between them. There was, of course, a bit of angst, but thankfully not nearly as much as you might expect. I had no doubt they belong together and waited with bated breath to see if Jas would come to the same conclusion and be willing to try to start again.

“I wasn’t naïve enough to believe in soul mates or any of that childish nonsense that I had once clung to, but there had always been something tangible between Dez and me, even after his absence, it was still there, stronger than before.”

I am so excited about this series for a number of reasons:

“Nothing in this world is stronger than love. It should always be enough. No matter what.”