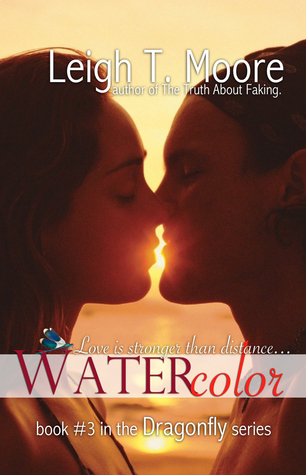 Love is stronger than distance...

Finishing senior year is supposed to be the best time in a person’s life.

Finishing senior year as Julian’s girlfriend should’ve been the icing on the cake.

Knowing the secret that could change everything for him is the only thing threatening to spoil it all.

Anna and Julian are together at last, and it’s as hot and happy as they knew it would be. The only problem is The Secret.

But while Anna is determined to fight for the guy she loves, she could still lose Julian when he discovers the truth she’s been helping to hide.

After the secrets and lies uncovered in Undertow, I just knew I would be in for some serious drama – and likely more than a little angst – in Watercolor. Before starting the book, I mentally prepared myself for the return of Jack, what I assumed would be the reappearance of Anna’s feelings for him, and the likelihood that I would want to strange each and every one of the characters I’ve become so attached to for their behavior in this book. I was ready.

Watercolor was very different than what I anticipated it would be. I thought I knew going in what type of storyline I was going to be getting, but I was so wrong! It was wonderful. It kept me guessing. There were smiles and squees and tears and just a bit of angst. It was everything I wanted – and more.

“Julian LaSalle, I’ve loved you since I wouldn’t look at you in algebra class,” I said softly. He leaned closer, and I kissed him. “I wanted to die every time you said something to me. That’s why I hid behind my books. I’ve been crazy in love with you for years.”

I absolutely adore Anna and Julian. As characters, they’re perfect to me. They’re realistic and relatable and likable (yes, I haven’t always felt that way about Anna, but I do now). I love them together and Watercolor is the first book where we truly get a large dose of their relationship. Dragonfly was more Jack-focused (grr) and Undertow had so many complex pieces, most of which focused on the history of Julian’s parents. The focus in Watercolor is on Anna and Julian and I loved (nearly every) minute. It took me through the ups-and-downs of their relationship, the inevitable uncovering of secrets that had been hidden for a very long time and the impact those secrets had on the characters I love so much.

Because I don’t want to give anything spoilery away, I’m not going to say more about the plot. All I will say is that it wasn’t entirely predictable. It kept me guessing. Loose ends were wrapped up and secrets, lies and betrayals were addressed. There are some sweet scenes and a couple smoldering ones. I thought this was the last book in the series and I feel the story would have wrapped up nicely if it ended here. Then I saw there was a fourth book, Mosaic, being released in 2014. I read the sneak peek. Oh. My. God. I had no coherent thoughts. I still don’t. There’s a brilliant twist that just makes *so much sense* I don’t know how I didn’t see it all coming. The pieces of the puzzle are starting to fit together and I can’t wait to see how it all turns out! 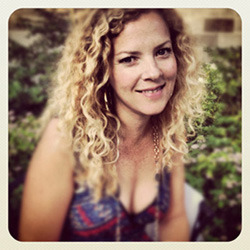