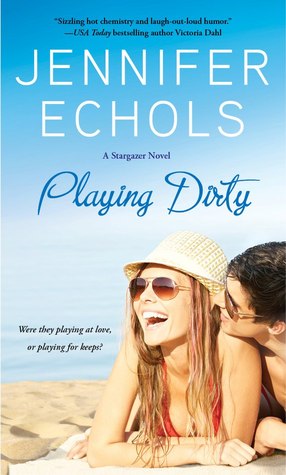 A public relations expert tries to prevent the breakup of a raucous country band and corral their wild—and very sexy—lead singer in book 2 of the Stargazer Series.

As an expert in public relations crisis management—that is, babysitter to the stars—Sarah Seville just spent nine months in Rio trying to keep rock singer Nine Lives out of jail long enough to record his new album…and barely succeeded. Now she needs a triumphant success so she can keep the Manhattan-based job she loves. Trouble is, her new assignment is to travel to Alabama to prevent the breakup of the raucous country band The Cheatin’ Hearts, headed by sexy Quentin Cox. As she edges closer to Quentin, she discovers layers of secrets. It seems Quentin is taking the spin doctor for a spin.

The Cheatin’ Hearts have stayed on top of the charts two years following three rules. Rule One, no drugs. Rule Two, no sex with other band members. Rule Three, no sex with record company spies. Quentin figures he’d better follow the rules, because he made them. And because if you break a rule, you’re out of the band. But he can’t resist the record company’s beautiful PR agent, and inevitably he breaks Rule Three with hot Sarah Seville. As he falls for her, he finds out that she has plenty of secrets of her own, and one of them comes knocking on her door: what really happened to her in Rio.

I’ve been a big fan of Jennifer Echols’ young adult books for a long time now. Such a Rush is my favorite. 🙂 I think she writes fantastic contemporary characters with interesting storylines. I was thrilled to learn she was going to begin writing new adult novels. I’ve thoroughly enjoyed both of the books in the Stargazer series.

“Sarah got a thrill from figuring out the psychology of famous, creative people and helping them improve their quality of life, but she didn’t enjoy giving tough love. And she definitely wasn’t good at it.”

Sarah, a public relations expert,  is charged with keeping the band The Cheatin’ Hearts together. On the surface, it looks like they’re going through a bit of a crisis right now. If you believe the stories in the tabloids, each member of the band is a mess in his or her own way. There’s a Quentin, a cocaine addict, Erin, the woman who cheated on him, Owen, the man she cheated with, and Martin. Martin was the one furthest removed from the limelight. Everyone assumes Quentin has started his destructive behavior because he’s broken-hearted after Erin cheated on him. Sarah’s plan is to get Quentin and Erin back together and keep the band from breaking up. The truth is nowhere near that simple.

As Sarah soon learns, the band members are each keeping their own secrets and they’re not quite the same as the rumors that are circulating. The logic behind their secrets and the plotting and games was quite interesting. I never really knew what was going to happen with the band members. Their lies and secrets were so intertwined it was hard to see where one ended and the next began. The members of the band live by three rules:

But, like you would expect with any good drama, each of them are breaking a rule. It’s a fun ride finding out who is hiding which secret.

“If only everything were different. If only he wasn’t a coke addict, he wasn’t a stupid hick, she wasn’t trying to keep him together with his band, and she wasn’t contracted to his record company, she would have had the most delightful decision to make: to ho or not to ho.”

The other thing Sarah has to deal with is her attraction to Quentin. She’s completely conflicted by her feelings. She knows she has to keep things professional, and she’s trying to get him back together with Erin, after all. She’s not trying to land him for herself. He’s attracted to her, too, and they devise a completely flawed plan to get Erin back: despite Rule #3, Quentin and Sarah are going to pretend to be in a relationship. They will make Erin jealous and she’ll come running back. Things don’t exactly work out that way. You’ll have to read for yourself to see the mess they all get themselves in and what the ultimate resolution to all their issues is. Throw in the added drama of the legitimately crazy star Sarah last worked with and this book kept me on my toes the entire time.

“Now is when I say that felt fantastic, and I thank my lucky stars I’m such a loose woman.”

Sarah and Quentin had great chemistry. The sexual tension could have been cut with a knife. With their plan to make Erin jealous and the attraction between them, I knew it was only a matter of time before they gave into it. The sexy scenes in this book aren’t quite as over-the-top as most in new adult books are, but they’re still pretty steamy.

I really enjoyed this book. If there’s a third book released in the Stargazer series, you better believe I’ll be reading it.

Jennifer Echols was born in Atlanta and grew up in a small town on a beautiful lake in Alabama—a setting that has inspired many of her books. She has written nine romantic novels for young adults, including the comedy MAJOR CRUSH, which won the National Readers’ Choice Award, and the drama GOING TOO FAR, which was a finalist in the RITA, the National Readers’ Choice Award, and the Book Buyer’s Best, and was nominated by the American Library Association as a Best Book for Young Adults. Simon & Schuster will debut her adult romance novels in 2013, with many more teen novels scheduled for the next few years. She lives in Birmingham with her husband and her son.