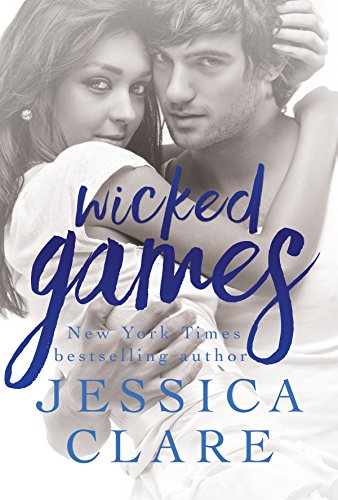 Abby Lewis never pictured herself on the survival game show, Endurance Island. She’s just not the ‘survival’ type. But when her boss offers her a spot on the show and the opportunity of a lifetime, she packs her bags and heads to the tropics to be a contestant. Once in the game, though, it’s clear that Abby’s in over her head.

No one’s more competitive than sexy, delicious – and arrogant – Dean Woodall. Sure, he’s clever, strong, good at challenges, and has a body that makes her mouth water. He also hates Abby just as much as she hates him. That’s fine with her; she’ll just ignore the jerk.

But the rules of Endurance Island are working against them. Abby and Dean are teamed up – alone – on the beach. It’s either work together, or go home. Stuck with no one’s company but their own, they learn they might just make a good team after all.

And Abby learns that with just a little bit of kindling, the flames of hate can quickly turn to flames of passion…

This book features enemies, lovers, enemies who become lovers, and lots and lots of tropical heat…

I am a recovering reality show junkie. Once upon a time, I watched all of the competition shows: American Idol, Dancing with the Stars, So You Think You Can Dance, The Amazing Race, Survivor, Fear Factor, Big Brother, and the best show in the history of reality TV, Paradise Hotel. These days I watch two only – Big Brother and So You Think You Can Dance. This series is right up my alley. Romance + reality TV. Sign me up!
“I tended to blend in with the wallpaper, and I preferred it that way.”
Abby Lewis didn’t want to be in the spotlight. She was … encouraged… by her boss at MediaWeek to go on the reality survival show Endurance Island (cough, Survivor, cough) for an assignment. They wanted an insider to get the story behind what’s shown on TV and dangled a book deal and TV special in her face. Oh, and the chance to win the $2 million grand prize. The money and the career possibilities are impossible to turn down, so Abby decides to go on the show. Of course, no one knows she’s a reporter. To everyone else there, she’s just another contestant. I really liked Abby. She’s strong and stubborn, smart and sweet.
“Romance the ladies? If I need to. Anything to win, but I’m not specifically looking to meet a girl.”
Dean Woodall is a hot, competitive, athletic guy. Upon first impression, he also seemed like a bit of a jerk. As we all know, first impressions can be deceiving. There’s more to him than meets the eye. Dean and Abby pair up and start to plan their game. They weren’t very fond of each other at the beginning, but found they could work together well. They just had to hide it from the other contestants so they didn’t become a target. Their chemistry was off the charts. The real Dean starts to show and Abby falls fast. But she doesn’t know if it’s all about the “showmance” or if Dean’s feelings are genuine. While Dean shares a lot with Abby, he still holds a lot back – his true identity, for one thing.
“I have no idea why I licked the peanut butter off of her finger. One moment she’s just standing there, taunting me, and the next, I’ve got her finger in my mouth and I’m licking her with my tongue and I’m getting turned on. And now I can’t stop looking at the way her butt looks in those bikinis.”
The depiction of the reality show is spot on. This book offers everything my favorite reality shows do: flirting, competition, friendships, romance, drama, backstabbing, and trust issues. It also has some seriously hot sexy-time. This book indulged every single one of my guilty pleasures.
“You know, on day one, I wanted to be here with any woman but Abby. Now, I can’t see anyone but her.”
One of my favorite things about this author’s writing style is that, while the story is told solely from the woman’s POV, we get tiny glimpses into the man’s mind in the chapter intros. It’s a unique storytelling technique and I thoroughly appreciate it. It’s a style that continues through each book in this series.

I actually read this series completely out of order. In the matter of two days. Of course, the books really do function as standalones, so it wasn’t a huge faux pas. But what I can say with certainty is that Dean and Abby are my favorite couple across the three books that have been released so far. Their chemistry was real. Their dialogue was perfect. Whether they were fighting each other or going head-to-head with someone else in a competition, flirting or questioning if the others’ feelings were real, I was sucked in. I loved the drama. I loved Dean and Abby and I needed to know how it all ended.

As a recovering reality show junkie, I was able to predict the twists and turns, but it didn’t matter. The story was well-written and the characters were interesting. I thoroughly enjoyed this entire series. I’ll be looking for more from this author in the future. 🙂

6 responses to “In Review: Wicked Games (Games #1) by Jessica Clare”