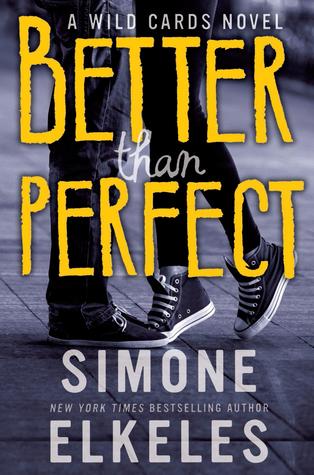 After getting kicked out of boarding school, bad boy Derek Fitzpatrick has no choice but to live with his ditzy stepmother while his military dad is deployed. Things quickly go from bad to worse when he finds out she plans to move them back to her childhood home in Illinois. Derek’s counting the days before he can be on his own, and the last thing he needs is to get involved with someone else’s family drama.

Ashtyn Parker knows one thing for certain--people you care about leave without a backward glance. So when her older sister comes home after abandoning her ten years earlier, with her hot new stepson in tow, Ashtyn wants nothing to do with either of them. Then she comes up with a plan that would finally give her the chance to leave, but it requires trusting Derek—someone she barely knows, someone born to break the rules. Is she willing to put her heart on the line to try and get the future she wants?

This book’s release comes right on the heels of the arrival of my personal favorite season of the year – college football season. It seems like I’ve been anticipating Wild Cards every bit as long as I’ve been awaiting the return of Mountaineer football. Here’s hoping I feel the same about my team’s performance this year as I felt about this book. 😉

“I’ll explain it to you. To me it’s more than a game.” She touches her chest and says, “When you love something as much as I love football, you just feel it inside. Did you ever love doing something so bad that it consumed you?”

“That’s what football is to me. It’s my passion, my life… my escape. When I play, I forget everything that sucks in my life. And when we win…” She looks down like she’s embarrassed to admit what she’s about to reveal. “I know this is going to sound stupid, but when we win I think miracles can happen.”

I love football. I mean, really love football. It doesn’t even matter who’s playing; I get totally engrossed in the game. I yell and scream like the players on the field can hear me… even when I’m in my own living room. I proudly support my teams, even when they have off games and rebuilding years. I bleed blue and gold (black and gold on Sunday for my Steelers). So when I found out one of my favorite YA authors was releasing a book with a girl football player, I was intrigued. I immediately pre-ordered it and began counting the days until October 1.

One day as I was perusing NetGalley, I saw that it was one of the offered books. Back then, NetGalley was totally hit or miss for me. I figured, what the hell, and requested the book. A few hours later, I got the email saying my request had been approved. Bookish nerd squees ensued… at work. I was absolutely thrilled. I read it the next day. I was so far beyond happy. But, enough about me. Let’s talk about the book. That’s what you’re really here to read about anyhow. 🙂

“Come on, Derek. I don’t have anyone I can count on anymore. My boyfriend ditched me, we don’t have a decent quarterback. My life is a complete mess. I’m, like, drowning here. Prove to me that it’s not all hopeless.”

I loved Ashtyn. Hell, I want to BE Ashtyn. She’s a damn good female football player. Actually, scratch that. She’s a great football player who also happens to be female. I can’t even begin to imagine how difficult that must be. She’s feisty. She’s tough. She’s stubborn as hell. But she’s also fiercely loyal to her friends and her team. She’s sweet underneath all the tough exterior. She’s dating a totally unsupportive jackass. Who hasn’t been there a time or two?

“Julian, sometimes girls are like junk food. They look good, and they sure taste good… but you know they’re not healthy for you and cause cavities so it’s better to just leave ’em alone. Got me?”

Derek is one of my favorite characters from YA novels. He was charming, sweet, thoughtful, and yes… a totally hot southern boy with an amazing accent. Hooray for a truly likable non-bad-boy male character! Don’t get me wrong, I love the bad boys too, but it’s refreshing to come across a guy who doesn’t hook up with anything that moves while trying to avoid feelings for the person they can’t have. I adored Derek’s scenes with Julian, too. It just made me want to hug him. Derek was a great book boyfriend. 🙂 Totally swoon-worthy.

“I never believed in love at first sight, until I met Derek. It’s all-consuming and delicious and wonderful and exciting. At the same time, it makes me nervous and self-conscious and emotional. Love exists. I know it does, because I’m madly, deeply, hopelessly in love.”

The chemistry between Ashtyn and Derek was immediate. They have both been through a lot in their lives and both feel abandoned. Neither wants to put themselves out there. But, they find themselves completely drawn to each other – and I found myself completely drawn to both of them. Their chemistry was apparent in their actions and their dialogue. I liked that the book gave both Ashtyn and Derek’s POVs. I love being able to get inside both of their heads. I like knowing the secrets they’re too afraid to share with one another… so I can silently scream at them to just tell the other person! 😉

“Did she have to pull out the “bless her heart” phrase again? Those words are like a loaded gun in Texas, where that phrase could either be an insult or a term of endearment, depending on the tone or intent.”

There were some fantastic secondary characters in this book, but none more so than Derek’s grandmother. She was a pistol. She was 100% southern lady, through and through. I loved her.

I wasn’t kidding earlier when I said Simone Elkeles is one of my favorite YA writers. Not only does she write beautifully broken characters who, somehow, I can always manage to identify with, she weaves a wonderful story with those characters. She’s not afraid to push the boundaries or tackle tough topics (hello, alliteration). The love scenes in her books are intense, but not smutty or gratuitous. The dialogue in her books is witty and real and often makes me chuckle. Her books are the total package. This one was certainly no exception. It left me with a huge smile on my face.

I don’t know what the plan is for the second book in the Wild Cards series, but I can’t wait to find out. As much as I enjoyed her Perfect Chemistry series, I think I like this one better. I can relate easier to the characters. 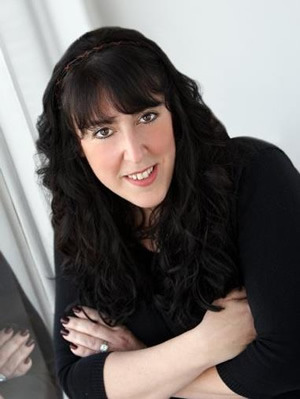 Simone Elkeles is a New York Times and USA Today bestselling author of novels for teens. Simone’s books have won many awards including being YALSA Top Ten Quick Picks for Reluctant Young Adult Readers, being named to the YALSA Popular Paperbacks and Teens Top Ten lists, and added to the Illinois “Read for a Lifetime” Reading List. Simone also won the coveted RITA award from the Romance Writers of America for her book Perfect Chemistry. Simone is especially proud of the fact that the Illinois Association of Teachers of English named her Author of the Year.

Simone was born and raised in the suburbs of Chicago, where she still lives today. Simone went to the University of Illinois in Urbana-Champaign and received her Bachelor’s of Science there in Psychology in 1992. She continued her education at Loyola University-Chicago where she received her Master’s of Science degree in Industrial Relations while working for a manufacturing company creating diversity programs for their employees.

She loves animals (she has two dogs – a labradoodle and a German Shepherd), kids (she also has two of those) and her family. In her spare time she’s the Hockey Mom for her kids hockey teams and is an active Girl Scout leader specially trained in outdoor education. She also spends time mentoring other teen and adult authors. (She also loves sushi, which you can probably tell by reading her books.) Simone writes about teens because she was a teen in the 80’s (when spiked hair and blue eye shadow were “rad”) and she loves writing about those exciting teen relationships and romances.

8 responses to “In Review: Better Than Perfect (Wild Cards #1) by Simone Elkeles”